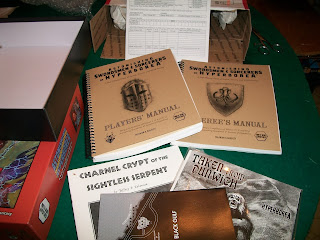 Sunday night I got together with some friends and potential players I had made photocopies of the AS&SH character sheets and grabbed the Players book. The book is very,very, concisely laid out and incredibly easy to use. Time was rather short because most folks have to work today. The over all feel of the character creation is somewhat like the standard AD&D or OD&D fare but there are some interesting wrinkles. 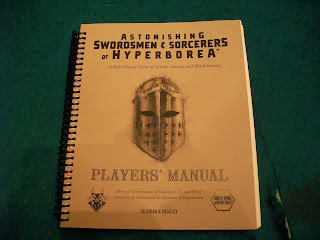 The game is very humancentric and the character creation reflects this and its easy to why. Hyberborea is a world of cycles of creation and destruction with mankind cast into the ruins of the previous worlds.
Yet this isn't our world at all. I've got six possible commitments here for players and everyone seemed to really enjoy the vibe that echoed through the game. 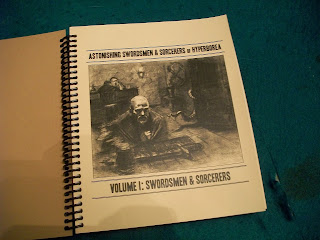 The usual D&D tropes are there for character creation but these folks are characters who are going to shape the world around them! These folks are the heroes, rogues, and villains who can make or break Hyperborea. That also is another vibe that comes through in spades. The game seems to cater to the ideas of many of the fantasy movies, cartoons, and echoes of the pulps of yesteryear. But these are only echoes. What we are actually seeing Str, Dex, Con, Wis, Etc. all laid out very well. Even those who haven't played the game should have an easy time picking this one up. 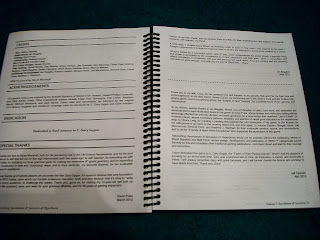 Because the book is laid out in sections, each with its own bit of the character creation process things move right along within about two hours of joking around running them through the melee process and bits of esoteric BS for their PC's. So all in all not bad as far as taking friends and players through. 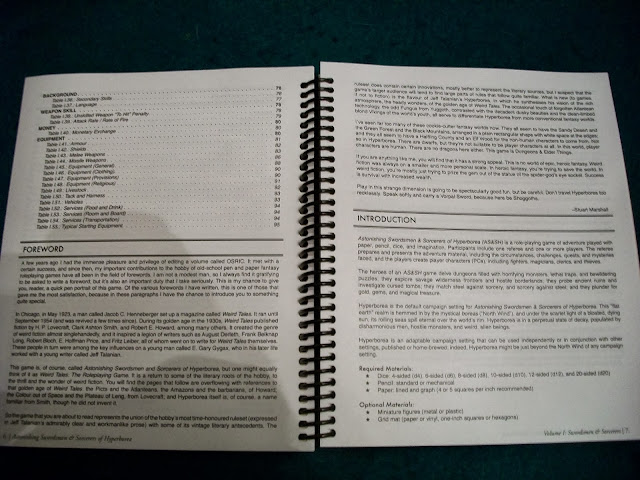 I didn't hear the usual cries of " Where are the Elves, Dwarves, and Non humans".
Instead,  I've been put under the hot light of, "What sort of campaign are you going to be running!" So now the burden falls to me to get a game off  the ground asap 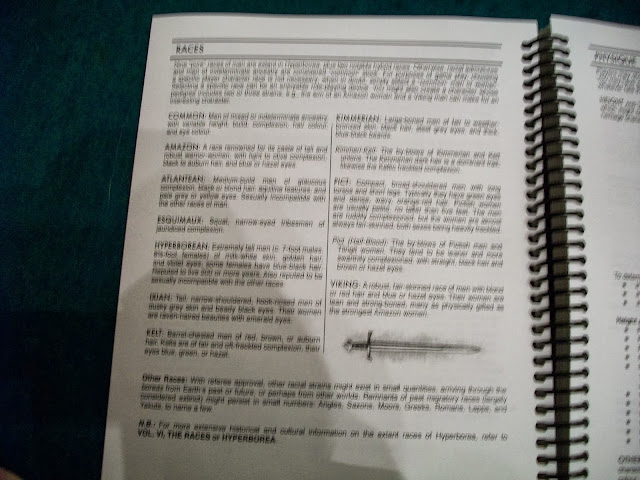 I've got some thoughts on a campaign idea that I'm going to need to get off the ground that I've got to snap into place. More on this coming up. The players guide is very well done, concisely laid out and gives players all kinds of options as well as drowning players in the world of Hyperborea.
Posted by Needles at 8:04 AM