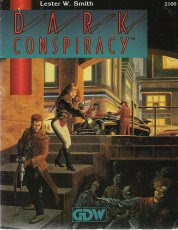 The 90s were one of the golden ages of horror. The VHS tape brought back old classics & made the horror genre accessible to everyone with a VCR. Franchises such as Freddy, Hellraiser, & many others were in full swing. White Wolf was king of the horror rpgs & Chaosuim's Call of Cthulhu was feeling the pinch a bit. Into this era came this game called Dark Conspiracy which promised the following:


"Shapes that rip and tear. Shadows that live in corners. Windows in space and time that lead to realms of madness and decay. A dark lurking horror that feeds off the echoing anguish of a billion tortured souls. This is the center of a twisted, sinister conspiracy which threatens the very existence of all humankind.

Set in the near future, the world of Dark Conspiracy is dramatically altered from today and is fraught with peril and challenges. The Metroplexes, where most of the world's population lives, are a blend of lawless gang turf and corporate fortresses ruled by men and women powerful enough to be above the law. The countryside is sparsely inhabited, its natives suspicious and violent. And increasing areas of countryside are turning into Demonground, from which few humans return.

When an ancient, brooding evil is released from its dimensional prison, humankind's worst nightmares come to life. What is the link between this sinister horror and the mysterious holes in the ozone layer, the rise of empathically aware humans, and the alien visitors from another star system?"
1991 ... Lester W. Smith ... 336 pages ... GDW 2100 ... ISBN 1558780769

It's one of the early, dark paranormal-mixed-with-aliens rpgs, it delivers quite a feel but the game is complex in its character generation. There's quite a bit of a mix of traditional OD&D style monsters.. The whole setting is dove tailed within the Greater Depression.
Some of the Elements OSR Style From Dark Conspiracy 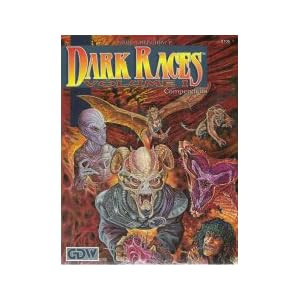 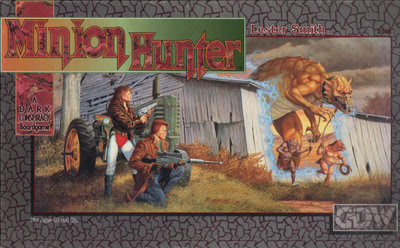 Some of the ideas presented within the Dark Conspiracy frame work are that mankind is being shared by forces outside itself. These are changing mankind & we are with a post  apocalyptic setting, almost. The setting is the thing. Here's how to do it OSR style.
Mutant Future+ Labyrinth Lord  + Realms of Chaos + Dark Conspiracy = Ready made campaign.
The monsters from either game are your minions & dark lords. The magic or psychic powers will dovetail in. Add your favorite location.  It pretty much writes itself. The game can easily be set within the "Twilight or Shadow" years of 1st or 2nd edition Gamma World or Metamorphosis Alpha. The world's mutant species are rising & mankind is on the losing end. There are many different options:
You can read lots more about Dark Conspiracy right Here
You can also download Demon Ground Magazine right Here
Goblinoid Games products are available right Here