This is the third issue of AFS magazine for the Astonishing Swordsmen and Sorcerers of Hyperborea rpg game and other OD&D  retroclone systems. This is a fifty six page fan magazine for the game printed on heavy duty quality paper and featuring plastic style cover as well as spiral binding.
Really you are getting a quality product for the money. 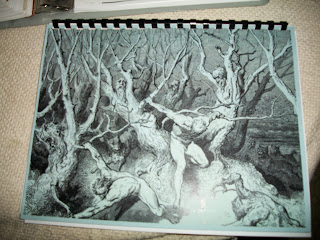 Get it right over
HERE

For a third issue of a fanzine this book features some very solid quality articles and professional editing right off the bat. But is the material presented useful for AS&SH? I believe that its as solid issue.


Issue three features two monsters that are distinctive and interesting. They are actually presented in an Osric format but are easily adaptable to AS&SH. They definitely have the distinctive Sword and Sorcery feel of the game and fit the bill for inserting into a campaign easily.


This is a big story and adventure from the mind of Clark Aston Smith along with the material presented adapted from the world of the story. Very well done and in itself a mini campaign in the making.


Sword and sorcery is a mix of pulp, horror, and adventure along with classic works of the 'genre'. This tale fits the bill nicely.


More treasures are always welcome and these are well balanced for AS&SH.


Adventure – Into the Black Kingdoms, an adventure taking place in SW Hyboria for levels 2-5 by Scott Moberly


A wicked adventure from the mind of Scott Moberly and this one has some twists and turns to it.
Solidly done and easily adaptable to the game. Very concise with some nicely balanced encounters. PC's might want to think before acting quickly though.


Article – The Cult of Silence, A Cult Description by Tim 'Turgenev' Hartin


A very wick cult that would make a very cool little mid point encounter for a party in the AS&SH game itself but I can also see using this with some other games nicely written as well.


This is a min campaign adventure, seriously one of the better adventures I've seen as of late. This has all of the elements that I love in the AS&SH system. High Weirdness, Lovecraftian style encounters, deadly monsters, balanced NPC's and encounters, and a downright nasty background.
Very well done adventure.


New Monster – The Were-Shark, adapted from the Dr. J. Eric Holmes novella ‘The Maze of Peril’ by Chris Kutalik
We round this magazine out with a classic monster adapted by Chris Kutalik and given over from his campaign and into yours. This is a really nasty piece of work with Lovecraftian overtones to it. 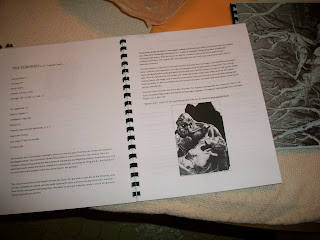 Issue Four of AFS magazine kinda picks up where issue three leaves off. We are given more monsters, adventures, and options for the Astonishing Swordsmen and Sorcerers of Hyperborea system. 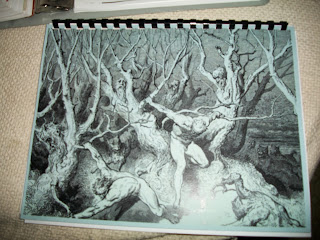 Issue three feels like a mini campaign module filled with more expanded adventure material for the game itself.
These two magazines make excellent starting points for a mini campaign actually.

Many of the articles are broad strokes of brilliance for optional content for games. Having read extensively through both issues of AFS twice I've come to a few conclusions. 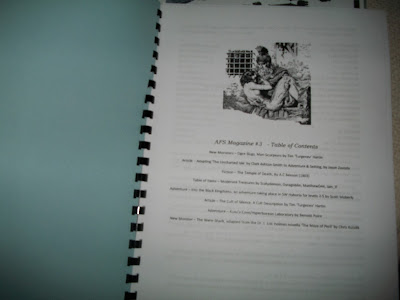 The monsters and items in the magazine are easy drop in campaign starters and they make great mid point adventure encounters for parties. 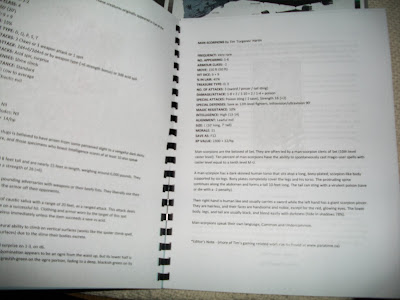 The spiral bindings make finding stuff quick and easy during play. They hearken back to a time when this sort of binding was common. 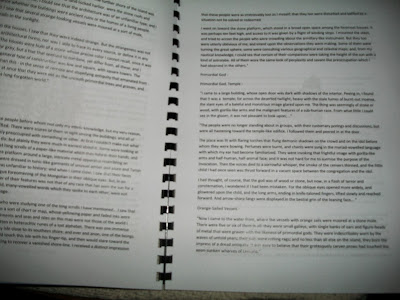 The text is easy to read and not to hard on the eyes and at my age that's an important factor. 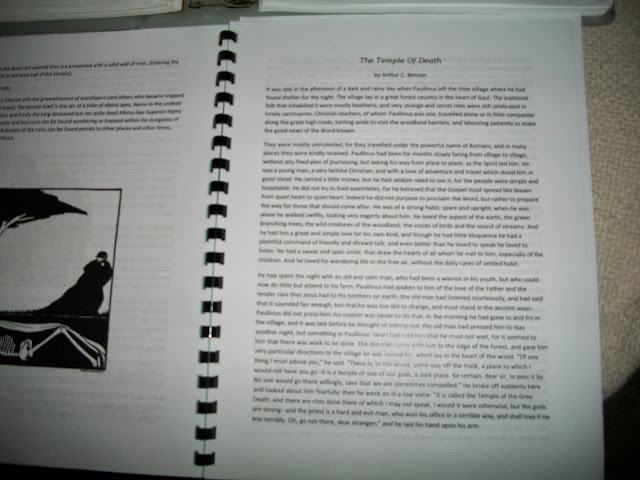 The editing is solid and the articles balance their game content very well. 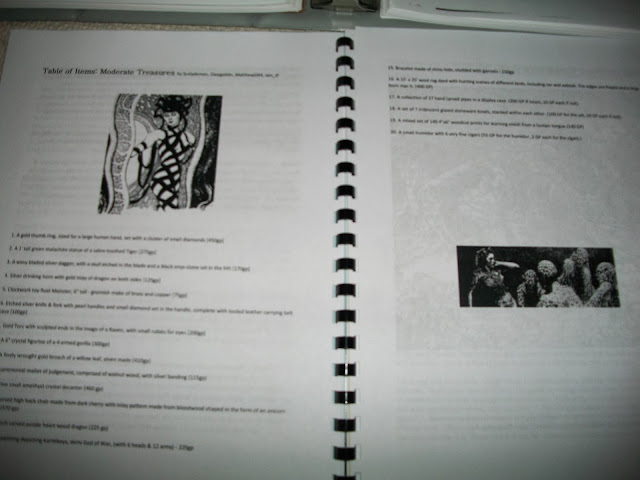 Art is by a variety of old school black and white artists. The art gives the magazine a pulpy feel throughout. Once again I'm reminded of old Judges Guild material. 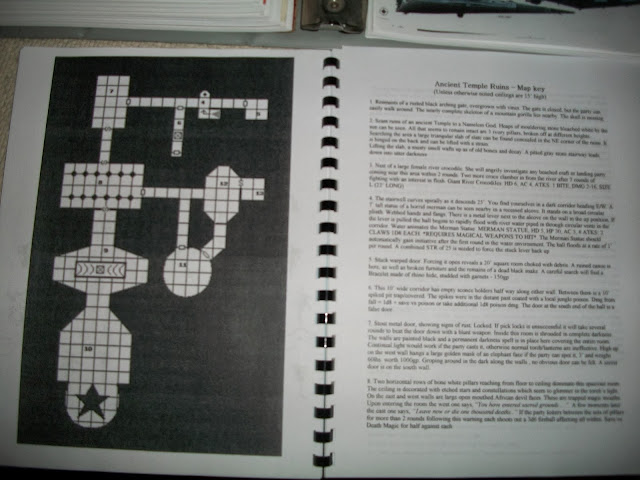 Maps are very well laid out and represented though out the magazine. Many of the adventures feature these solid additions to the material.
This may not seem like a big deal but maps sometimes make the adventure and with a game like AS&SH they're really need to convey the old school feel of the game. 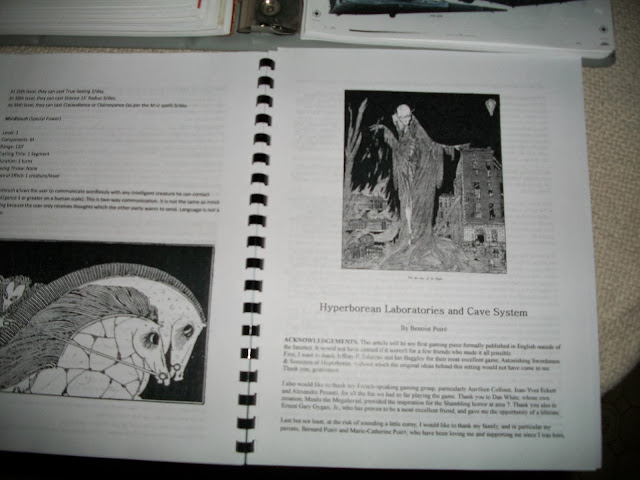 As I stated earlier the Hyborean Laboratories and Cave systems part of the Kusu's Cove adventure are one of my favorite pieces from AFS #3. I was given an extra map and it really helps with running it. 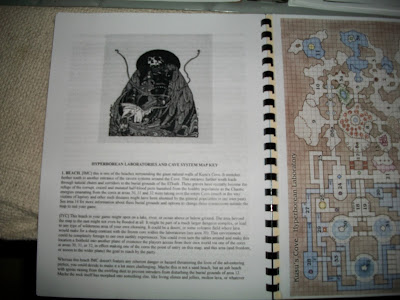 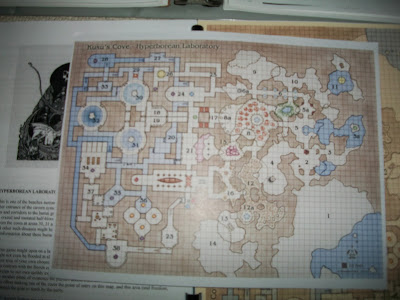 All in all I've been really pleased with the value and professional production of ASF magazine. I'm hoping to order back issues of it next week and complete my collection to get caught up with this AS&SH resource. 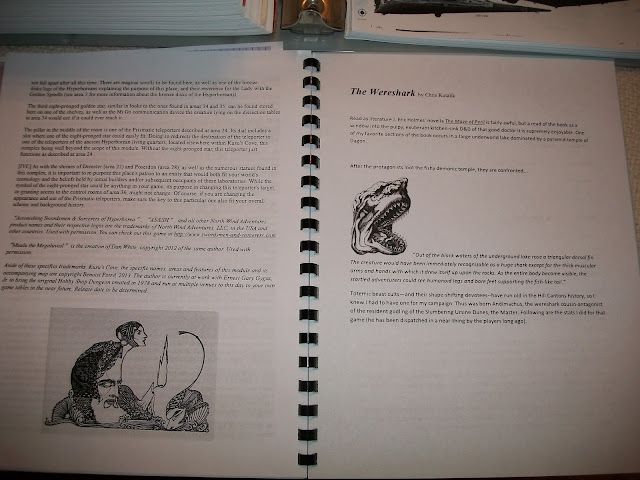