You can find this issue right
HERE
Back in 1975 Beowolf The Dragon Slayer debuted and it was a part of the weird DC sword and sorcery vibe that swept the comics back then. It was one part heavy metal concept comic, three parts sword and sorcery, eighty nine percent LSD trip into an OD&D high octane fueled trip.
The character debuted in Beowulf: Dragon Slayer #1 (May 1975), and was created by Michael Uslan and Ricardo Villamonte.


The World Of Beuwolf The Dragon Slayer! 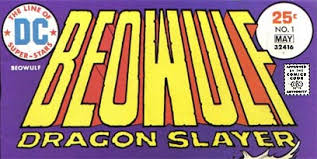 Wiki has a decent break down of Beowulf The Dragon Slayer :


Under instructions from a being known as "The Shaper", Beowulf travels to Castle Hrothgar in Daneland, to fight the monster Grendel. On the way there Beowulf and his men take a detour into the Underworld where they rescue Nan-zee, a Swedish scylfingwarrior from the Demons who have been controlling her. Beowulf, Nan-Zee, and his companions Wiglaf and Hondscio continue onwards to Castle Hrothgar, but are again detoured, ending up in a bog where they battle Swamp Men. Meanwhile, for some reason Grendel and his mother reveal to the reader that they are descendants of Cain. Somehow, Beowulf and friends fall through a dimensional gateway beneath a patch ofquicksand into a fiery underworld they refer to as Hell.[1][2]
At a later point in the series Beowulf discovers that the only way to slay Grendel is with the nectar of the Zumak Fruit. Along the way he encounters Dracula, a mysterious Lost Tribe of Israel, Ulysses accompanied by a troop of anonymous GreekWarriors, Egyptian/Sumerian Space aliens straight out of Chariots of the Gods, and the lost city of Atlantis.[3][4][5]
In the final issue of the series Beowulf and Nan-Zee travel from Atlantis to Crete, where they finally get their hands on some Zumak fruit in the labyrinth of King Minos where Beowulf fights a Minotaur which is being controlled by Satan. Because Satan has made Dracula his heir over Grendel, Grendel kills Satan by plunging a stalactite into his back. The Minotaur dies, and Beowulf eats some Zumak fruit; the fruit grants him supernatural strength on par with Grendel. Beowulf and Nan-Zee then make their way back to Daneland in order to slay Grendel who has taken Satan's place as king of the underworld.

The Incredible Covers of Issues 1-6 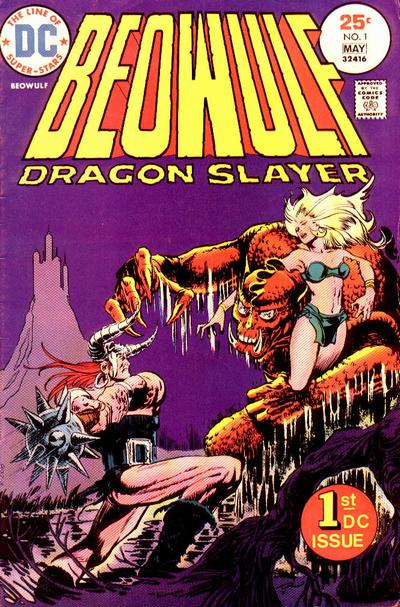 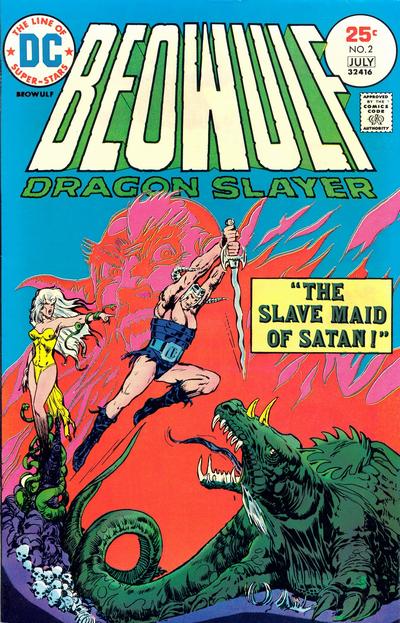 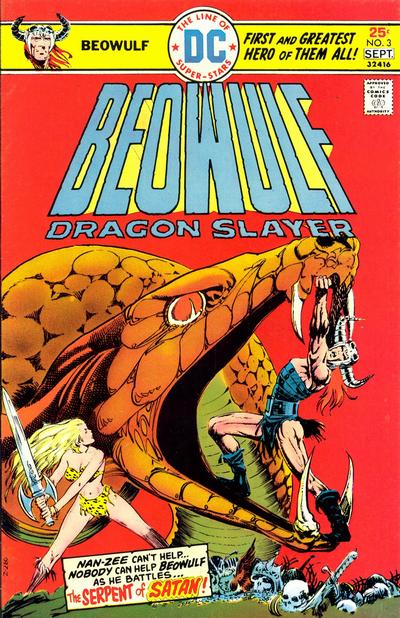 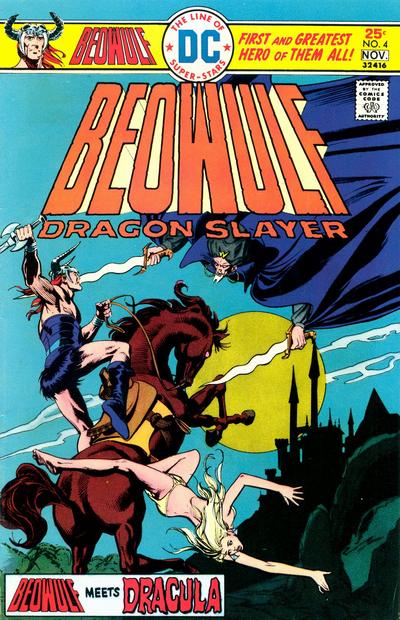 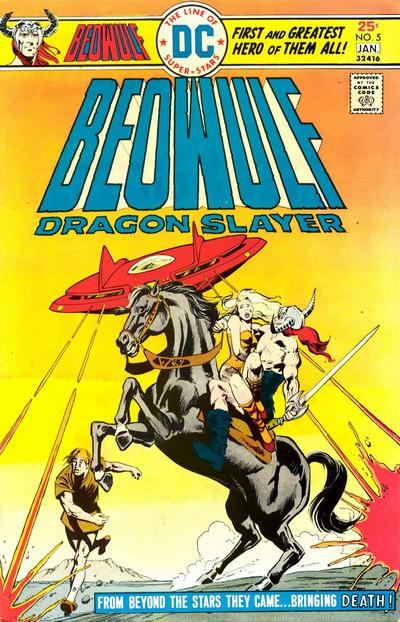 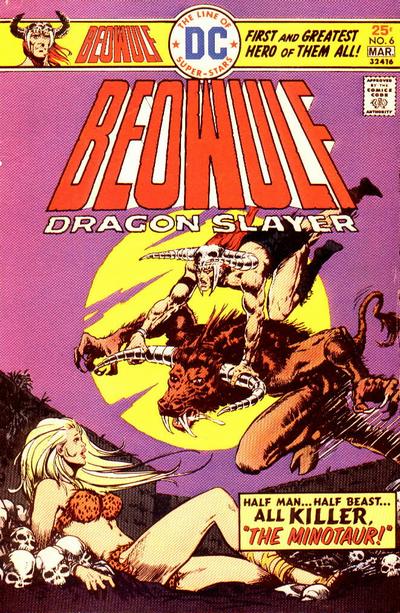 This series went off the rails right around issue it goes into science fiction, Faust like horror, a huge chunk of Dante style Hell, and then some Greek myth.  Words utterly fail to capture the outrageous and weirdness  of the series.
Back in 2008 DC decided to resurrect the character for an appearance in Wonder woman along with Stalker, Claw The Unconquered, and more.
According to wiki:
Beowulf's first appearance in over thirty years occurs in Wonder Woman #20 (July 2008), where Wonder Woman and Stalker recruit him and Claw the Unconquered for a mission to slay the Demon Lord Dgrth

Recently I checked out the new 53 series from DC. Which the hero has now been revamped into a post apocalyptic hero.
Beowulf is featured in a backup story in the ongoing series Sword of Sorcery beginning in September 2012. The story is written by Tony Bedard. In this version Beowulf lives in a post-apocalyptic future where the society has reverted to ancient times. Created as a super-soldier he kills an entire group of warriors sent to find him, but spares a young kid called Wigstaf who explains to be there with a message from King Hrothgar, begging Beowulf to come north and slay the monster Grendel that plagues his mead hall nightly. Beowulf is uninterested until is told that the King is a great general.[8] Upon confronting the creature Wigstaf and Beowulf discover the latter to be his brother and that both are created by Basilisk leader Regulus who had seen the threat of metahumans and aliens growing on earth, and schemed to empower average humans
I don't know but the material really seemed to lack the punch that the earlier 1970's series had.

Gone were the encounters with  Dracula, the  mysterious Lost Tribe of Israel, and of course Ulysses accompanied by a troop of anonymous Greek Warriors, Sumerian Space aliens straight out of Chariots of the Gods, and the lost city of Atlantis.
Beowulf only lasted six issues and is now only fondly remembered by those who experienced some of DC's Sword and Sorcery comics.
If you want to sample a story. There's one right over HERE