Get It Right Over
HERE
I have  had Snakeriders of the Aradondo for the past couple of months and I've run it a few times using various retroclones systems. The problem is that the players I run it with have told me that it's a fantastic mid level crawl but as a beginning crawl a bit of a grinder for PC's. Lately, I've been taking another look at this forty page mini campaign.
I've begun to look at the AS&SH system to actually run this adventure  in a swords and sorcery setting,.
There are three reasons for this :
1. The setting of the adventure sketches out a very low tech and weird pulp like lost world for the adventure.
2. The variety of the encounters means a solid group of PC's are needed in a pulp like 'heroic mold' and AS&SH definitely has this style of play in spades.
3. Many of the encounters have strange other worldly feel to them almost Lovecraftian in scope. The whole adventure feels as if its perfect for AS&SH. Since the adventure is system agnostic with a heavy leaning toward's OD&D style games adapting it is a snap.

According to the Drivethru blurb:

Hidden amidst a jungle teaming with giant crocodiles, man-eating carnivorous apes, and frogs the size of ponies lies a forgotten temple that harbors the bane of mankind.  The skilled might reach this temple.  The exceptional might actual discover its secrets and prevent a great evil from emerging to plague all the inhabitants of this world. Adventure is calling... will you accept the charges?
Snakeriders of the Aradondo is a classic Old School dungeon from the twisted mind of fantasy legend Tim Kask.  Containing both an overland adventure and a dungeon crawl, this non-system specific adventure is guaranteed to provide multiple sessions of entertainment for 3 or more players of average to skilled experience. 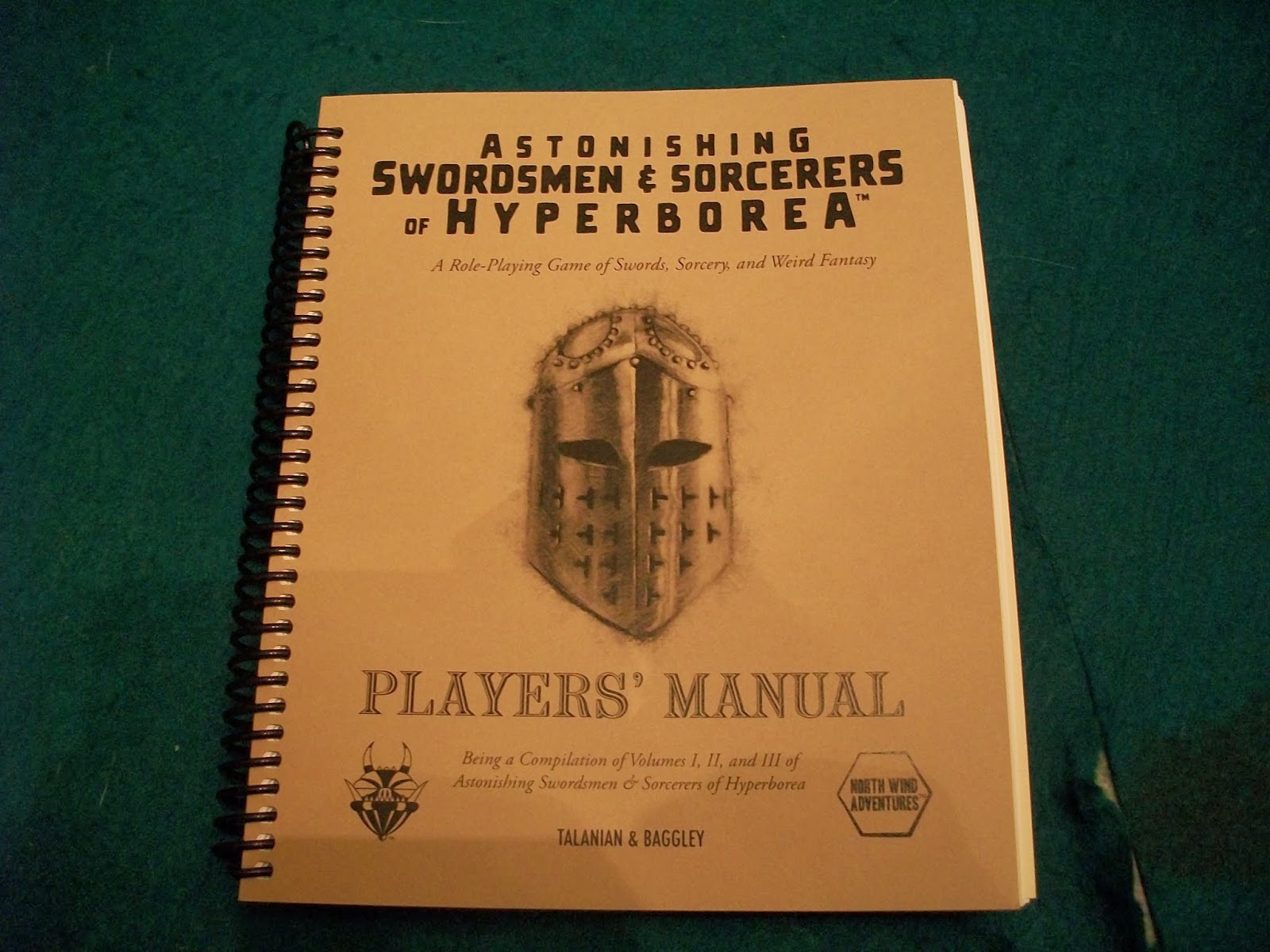 Personally, I would situate the adventure near the Lizard coast on Hyperborea. The adventure might be placed on a nearby island thereby allowing the adventurers to experience the 'Green Hell' aspect of the adventure.
The encounters and monsters are well balanced and easily adapted from the monsters in AS&SH's Referee Manual.
There are three things to add to the adventure before play:


A special note on Maps for  Snakeriders of the Aradondo, print out some extra ones for the players to have with blank spots on them so that they may chart their course through the hellish jungles of the adventure. This always gives the players a sense of cutting through the dense undergrowth.
As a DM make sure you go over every encounter and convert as needed their are plenty of areas for expansion, and adding some side adventures. Not that they're needed by any means but they might have circumstances demand them with players.
Played correctly this adventure has the potential to be a 'Journey Into The Heart of Darkness' for players.
Hopefully next week I'll unleash this adventure on some unsuspecting players!
For adapting this adventure to a world closer to ours I would suggest adding this adventure to South America, a lost world, or Africa. This adventure might well be perfect for adding it to a retroclone game with long guns during the age of exploration with an over arching feel of something akin to 'Solomon Kane' or the like. This is exactly how I would add this to the Ancient and Accursed Terra campaign I've been working on.
Special note on some of the encounters. Many of these are done in the old school tradition and take no prisoners at all. This is a solid and dangerous adventure in that regard. There are little to no considerations to PC's well being at all. Even with a solid party much care should be taken on the players part.
All in all I'm really looking forward to running this with my players next weekend.
Oh and on a special note AS&SH is on sale for five dollars for the pdf set right over
HERE