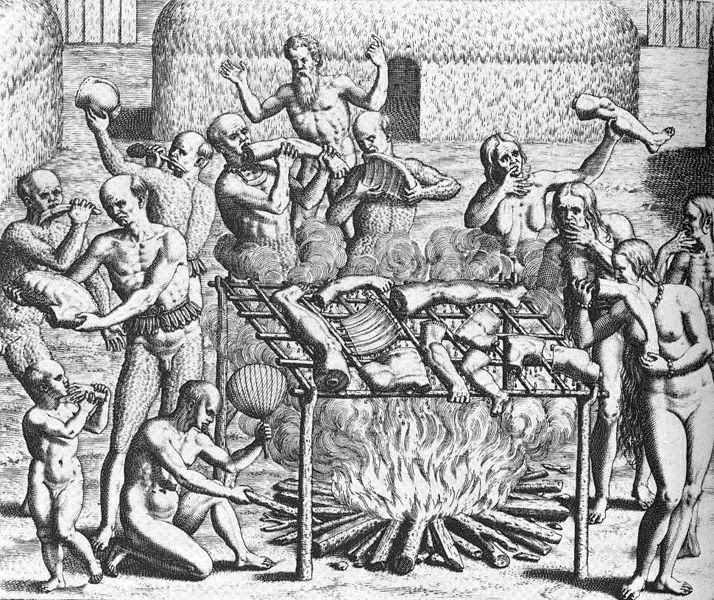 Introduction
The call of the Adirondack Mountains has attracted every degenerate tribe of mad men and manics from the time of the 'Supernaturalypse'. Hoards of knife wielding psychopathic mutants and lone monsters stalk its trails and byways. Perhaps its the energies that flow through the hills,maybe the monsters that simply lurk in mankind have been unleashed for generations finally. Below is a small cross section of these strange feasters of men. They fight as berserks often high upon the twisted  fungus that grows around mutated trees and upon the mountainsides themselves.
1d30 Crazed Cannibal Tribes of the Adirondack Mountains Random Encounter Table