Diving Between The Sheets With The Kult Rpg - Review & Commentary 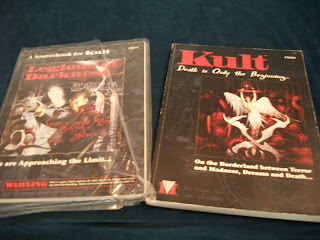 My association with this game has been like an on again off again ex wife. The whole affair began in 1997 shortly after I got into WOD and OD&D was a distant memory. The whole game was very, very different from anything out there at the time. Kult is a dark horror rpg game set against the contempory world. The contemporary world being tissue paper for the false front of conspiracies, counter conspiracies, & cults which reign over all. 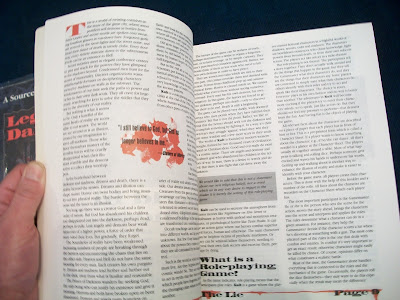 The game isn't pretentious as other horror games of the time so much as "We're going to rip your illusions" apart cosmology. The whole thing is bleak in the cosmological & theology department. 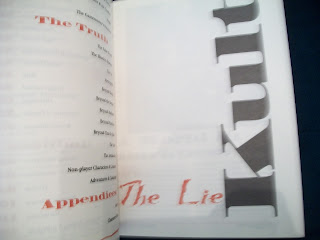 The whole game is like a false front in which modern society is one false front set up against the Clive Barker style cosmology. The hidden masters are back there doing their OZ thing & we're dancing to their tune. 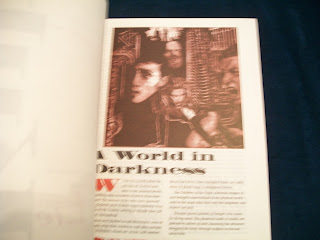 Wiki does a decent job of describing the setting :

In the game, the world we see is an Illusion which is unravelling to reveal an even darker backdrop which in the game is called Reality. This Illusion was created by the Demiurge to hold humanity prisoner and to prevent mankind from regaining the divinity it once had. The notion of an originally divine mankind being held captive by sinister forces is borrowed from gnosticism. In the game's cosmology humans can regain their lost divine status through a game concept called Awakening in which characters with an extremely high or low mental balance are no longer restrained by the rules of the Illusion. See more about mental balance below.


The Heart & Souls Of Kult
Kult itself is a mess of  number of very cool occult ideas laid against the background of a game that actually works but there's issues there. The combat is well done, the system is one of the storyteller style character archtype of things but there's lots here that can be mined as well. 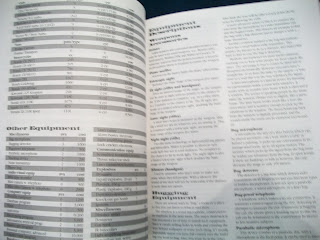 There are extensive modern equipment lists, weapons, & lots of flavor that can be ported over to your favorite retro clone. 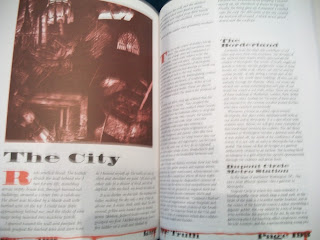 Also for those of us in the know there's this little tid bit from Wiki:

"Some symbols and creatures appearing in Kult can also be seen in other Swedish games to which the Kult authors and production team also have contributed. The Mutant Chronicles universe (created by Nils Gulliksson and Michael Stenmark) its spin-offs share creatures such as Nepharites and Razides which appear in the game." 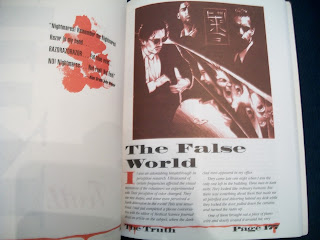 Kult can do survival horror, straight classic horror, philosophical horror, & even Hammer style modern horror which is one of the ones that works best with this game. 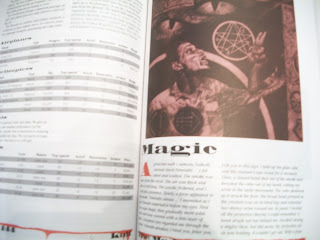 The game really shines using ritualistic quisi historical ritual magic. The magic is dark, strange, & dovetails right into the reality is a revealed with the pages of the game. 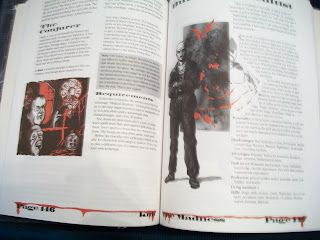 There are character types that really go into the meat & patatoes of the magic setting as well. 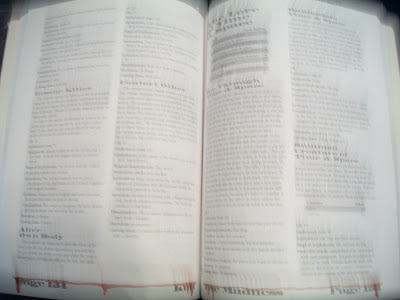 False Flag Settings & Weird Horror Sets
Kult is built using setting upon setting material revealing the inner workings of its world like a weird horror movie itself. The game dives into the deep end of its own horror setting. 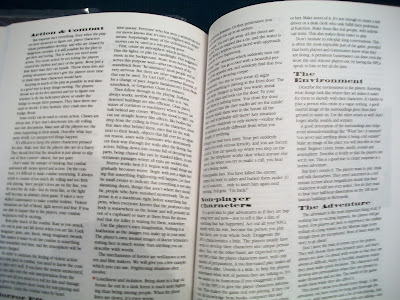 That being said it creates quisi cults at the heart of the game with their very own divinity based on the Gnostic model. Its very dark stuff & not a happy world that the PCs live in. Behind the false front survival becomes that much less likely. 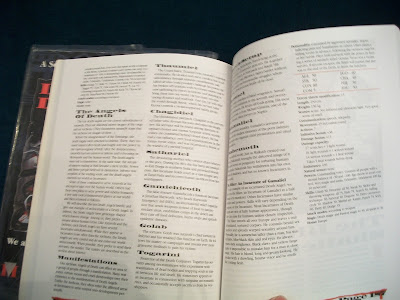 The deeper into the setting of Kult you go the weird & more darker it gets. This is setting stacked on setting material within an urban frame work. There's touches of David Lynch, HP Lovecraft, & Fritz Leiber's Our Lady of Darkness in here. 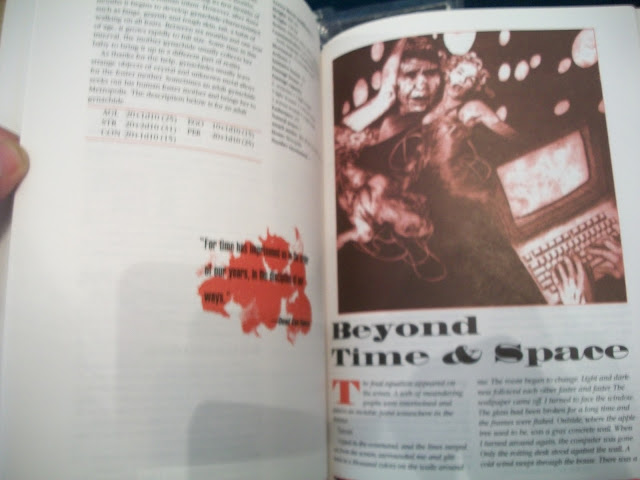 Time, Space, Etc. all breaks down within the the frame work of urban & spiritual decay. As I said this isn't a happy game at all. Nor should it be. These themes, adventures, creatures, & the cosmology can all be added to any retroclone game to throw the PCs in the deep end of horror.

The Bottom Feeding Of Kult Into RetroClone Horror 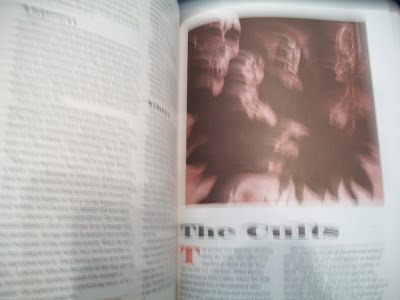 The Kult Rpg could without question be used with any retroclone rpg. The game needs to be brought into the retroclone movement. I've talked with lots of folks in my area of New England & the surrounding environs who have done just that. 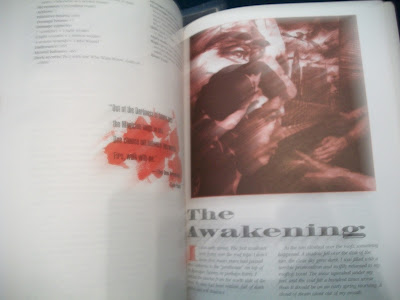 Take the game, use the PC types, grab the gats, the gear, the guns, & go with it. Serious you could marry the setting into any environ and really take your players for a ride. This isn't a game for the kids. This a game for a group of players who are used to a CoC Delta Green game as well as OD&D that want something in a contemporary game. Seriously this isn't a game to take seriously at all. They used the same monsters for Mutant Chronicles as well for God sake. 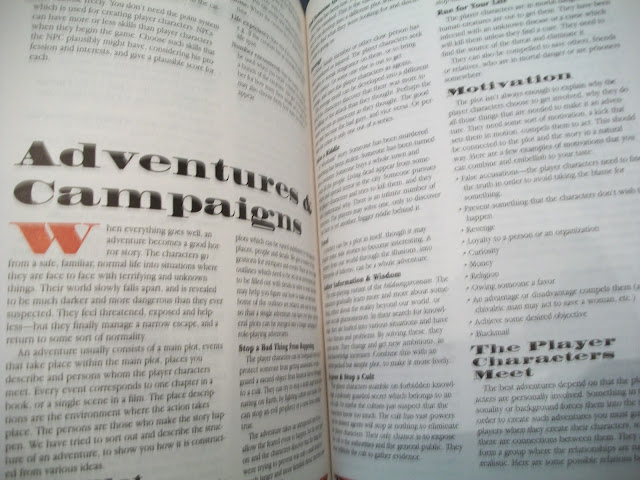 Here are the Ten reasons to mine Kult 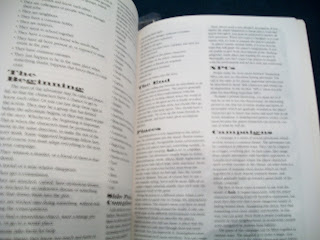