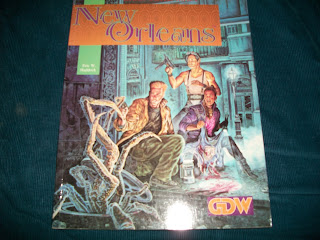 New Orleans
"Something's prowling the fringes of the city. Something from the swamps, something old and wicked, with a legion of servitors at its disposal.

People in the outlying ghettos have been disappearing, the only clue to their fate a thin trail of blood and stagnant water leading to the sewers.

A panic is seizing the city. Fistfights and street battles are occurring at an increasingly frequent rate. It's becoming difficult to travel from one sector to another without a well armed guard.

Now someone is dumping tons of toxins into the swamps, leaving dead wildlife bloating in the hot Louisana sun. And the megacorps are blaming it on one another. 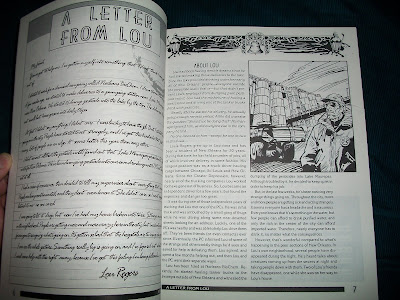 I got the New Orleans book for Dark Conspiracy recently & I've been diving into the deep end of the boyou on this book. The book is so much more then an adventure. The fact is that this is both a location book, adventure, & monster book all in one set against New Orleans of the Greater Depression. 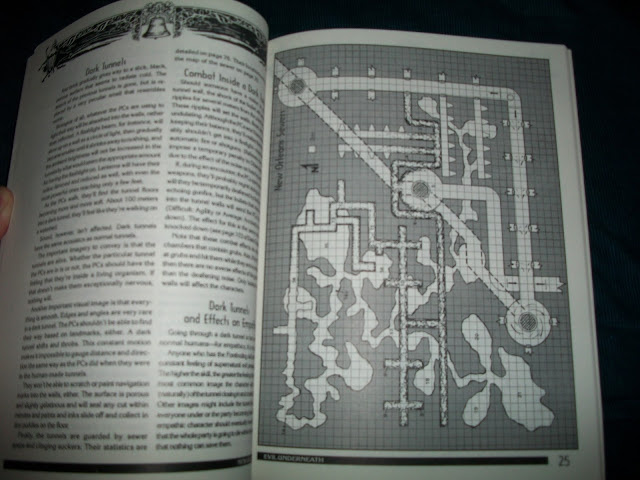 There are a couple of Megadungeon locations that can be incorporated into a Mutant Future or DC style game. There are 2 bug style aliens including a new never before seen insectoid & the mega corp allies that are out to help with the alien agenda. 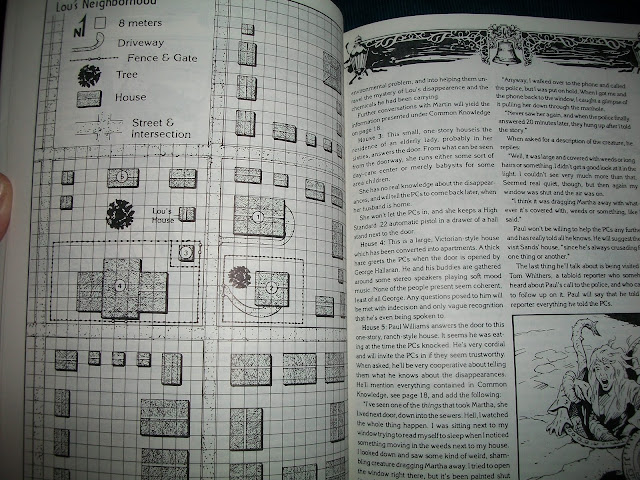 We really get a nice solid overview of New Orleans of the DC era. The whole place sizzles with the Dark Conspiracy menace just below the surface & the mega corporation menace during the day. This isn't a friendly world at all for a party. 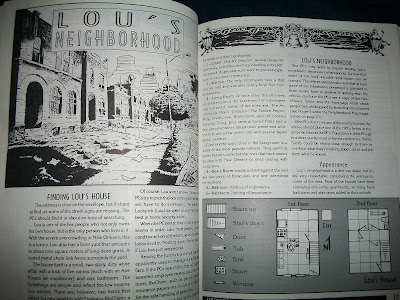 The tone & ideas here are of "an old friend of the family" trope bundled into the ultra modern weirdness of DC. The maps could be used for a lot of different OSR games. 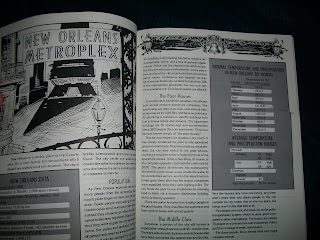 The metroplex area of Orleans is like something out of a cyberpunk game without some of the cybernetics &   added with the megacorporation attitude of the 90s. This whole thing could well fit into the horrors of the "Twilight years" of Gamma World or Twilight 2000 which seems to be the tone here. 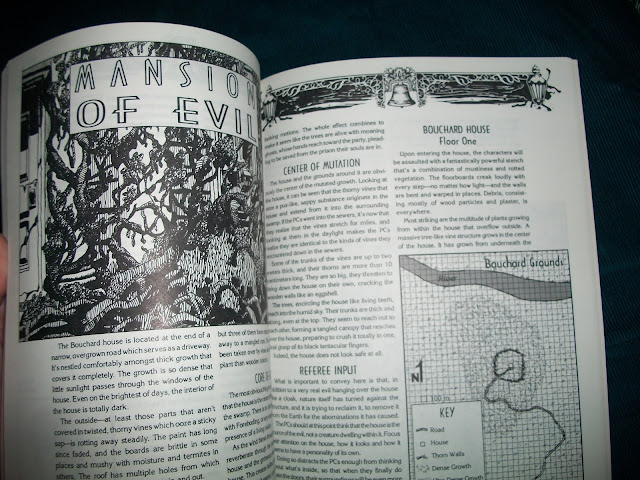 There's even a "Scooby Do" style adventure location in the swamps of Louisiana & its environs. 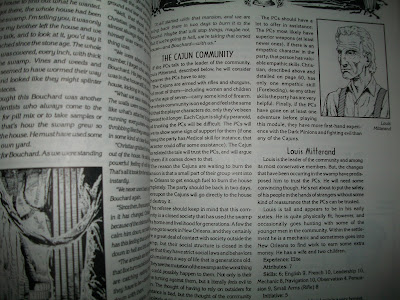 There are a boat load of NPCs who could be transported into any number of games. These could easily add local color to any game set within the swamps here. 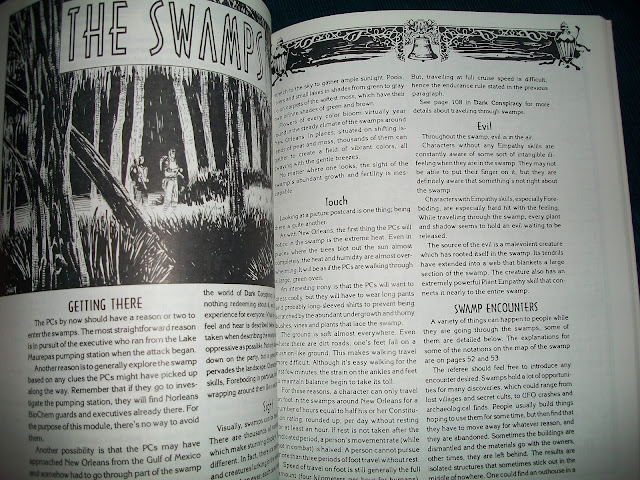 There are guides to the various animals, horrors, etc. all within the background of the horrors of the Greater Depression where the breakdown of society is happening around the PCs making the horrors around them into an almost movie like quality about them. 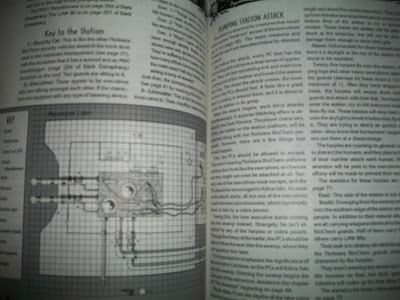 Using the Dark Conspiracy New Orleans With Your OSR Games
As I've said before this is one of the more useful DC book out there. I'd go so far as to say that this is a sort of "Keep On The Borderlands" for DC. It includes everything that we've come to expect. New strains of the DC monsters that are easily convertible to a retro clone format. The "Dark Tek" that marks & stains its users. More machinations of the Dark Lords, more mega corp/politico dickery, & the grinding horror of the DC setting. 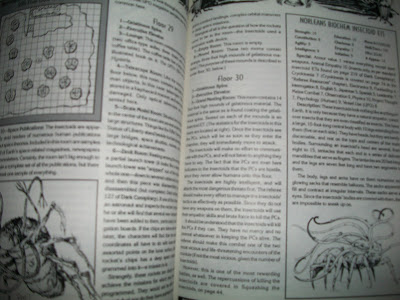 Just how useful is this material? Very actually for the DM who needs to see this type of stuff around them. This module/guide book could provide a whole campaign's worth right at your finger tips. This is one of the cheapest of the DC books at only a single penny on Amazon & one of the least known in certain circles. The whole book sets the tone, sets out the world, & pushes PCs collective faces right into the horrors of the DC setting!
Posted by Needles at 4:42 PM