The folks over at the AS&SH website are having a black Friday sale and taking twenty percent off of their inventory.
So if you haven't gotten in on the Astonishing Swordsmen action now would probably be a great time.


Lately I've been using the AS&SH Character name generator to help roll up some scuzzy NPC's to be devil my players in an upcoming campaign.  Basically, the character name generator is a ten page pdf used for generating PC names according to the various regions of Hyperborea under the dead red gaze of the sun.
I like to use it to create minor and major NPC's from the various regions to deal with PC's.  Minor NPC's can range from a spice seller who jacks up prices on certain wares to minor bandits who are going to pose a problem for PCs. 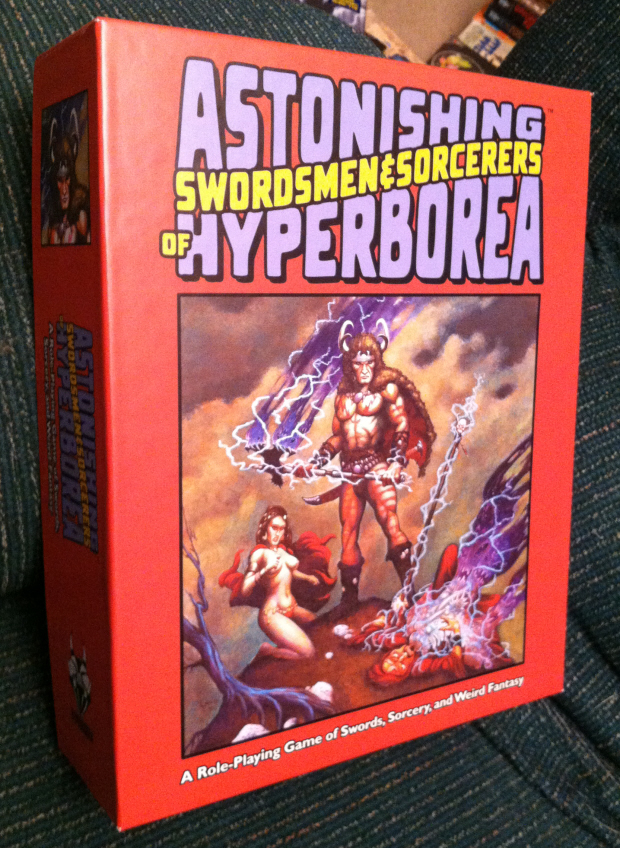 AS&SH Character Name Generator is a resource created by Colin Chapman~ This 10-page PDF document provides culturally specific names for the various races of humanity that populate Hyperborea.
Use it with the AS&SH Character Sheet which is formatted in US Letter Size, but it contains plenty of margin space, so it should also work well in A5 and similar international formats. And you should be well on your way to having a game almost ready to go.
I've got players who often times like to read up on a campaign world before play and hence why I'll often create a campaign world from the ground up.
I'll be pulling out more Ancient and Accursed Terra material within the next day or so.
Ninety percent of the material for generating solid npcs seems to be available in both the DM's Guide and the Players handbook for AS&SH. The real trick seems to be gauging the level of your players and then letting combat happen naturally. AS&SH is a pretty gritty and harsh combat system that seems to not suffer fools gladly as AD&D first edition is apt to do as well. The whole dynamic seems to hinge on interesting and memorable encounters during the course of adventures.
Play appropriate music  & go kick some sword and sorcery NPC butt.