Get it Right Over
HERE
The Breakdown of
Return to Dunwich according to The AS&SH
Product Page :
Murder, mayhem, and abduction! After the Keltic village of Dunwich is victimized by the vhuurmis, degenerate quasi-men covered in umber-coloured fur, local druids offer land and title to those brave souls who would repair the situation. The vhuurmis are considered witless savages, seemingly incapable of organized incursions, but these particular brutes attacked with purpose and precision, taking men from Dunwich, and slaying any who opposed their black will.
Author: Jeffrey Talanian


Rules: For use with Astonishing Swordsmen & Sorcerers of Hyperborea and other traditional fantasy role-playing games, including modern simulacra or “retro-clone” games.


Product Format: 18-page, 7 x 8.5-inch, black & white saddle-stitched booklet with unattached, heavy cardstock cover; map printed on inside cover.
Product Code: NWA103
Product Price: $7.50
Reading through the Carnal Crypt of the Sightless Serpent adventure was sort of like stepping back in time to the old smoke shop where I used to get my original AD&D modules back in the early 80's. The module felt like it was a unique adventure given over the myriad retroclones that are on the market. 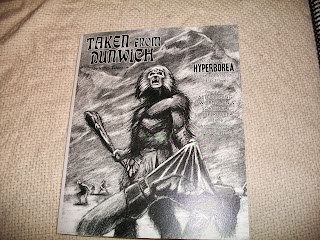 That's not a bad thing at all especially if your a new DM to Hyperborea and its weird world view for a game. But its an adapted view for others to become introduced to the world.
This adventure doesn't do that  at all. This one throws the party of adventurers into the deep end of the world and you'd better be able to swim.  The vhuurmis are a nasty surly lot of Lovcraftian ape men with chips on their shoulders and a lot on their minds. 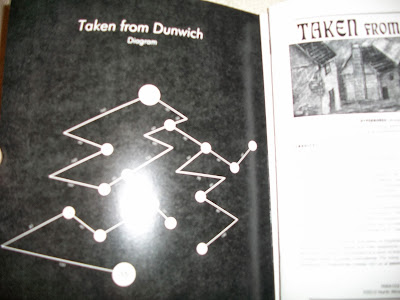 This module mixes the swords and sorcery elements of AS&SH and then adds in the technological factor with a dash of alien weirdness while turning it up to eleven.
Here the PC's are given over to some real weirdness that while derivative in one sense is original in its take on dungeon crawls. We're given a town, a complete set of encounters, NPCs, and all sorts of down and gritty encounters. This is pulp adventuring in the AS&SH tradition. 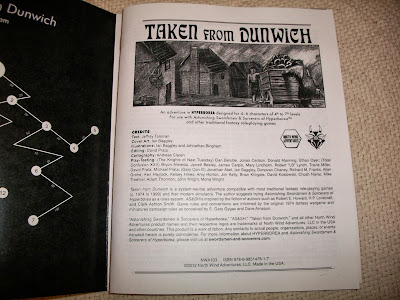 The writing is concise, simple, straight forward with very few typos and what not. The author/designer brings everything home in eighteen pages. This adventure however can become a short and sweet mini campaign with little effort. 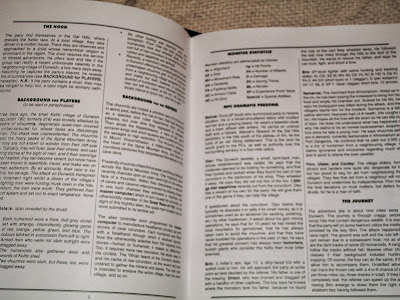 The maps are easily laid out, great for using, and well thought out.
The encounters are balanced but with the addition that you'd better bring a party of  4–6 characters of 4th to 7th levels. No lie but you will lose PC's if their not careful in this one. There are elements in this one that can be merciless.  This adventure is much more thematic then 'Carnal Crypt'. This adventure seems to hit a stride while conveying the world of Hyperborea. 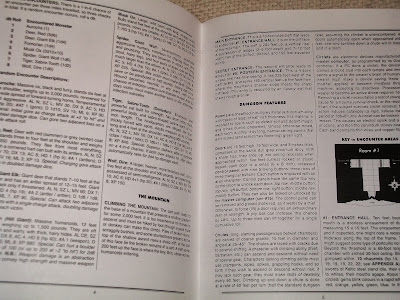 This adventure is wall to wall alien strangeness in the tradition of 'Expedition To the Barrier Peaks'. The vibes between the two are similar in some areas. The encounters couldn't be more different though. 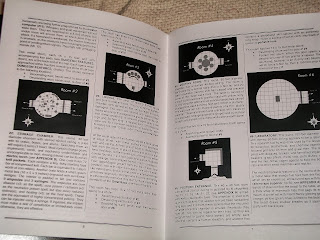 Expect the unexpected in this one and block out some time for the party to explore, get killed, and bring in new PC's. This is a very well done adventure and highly recommended though. 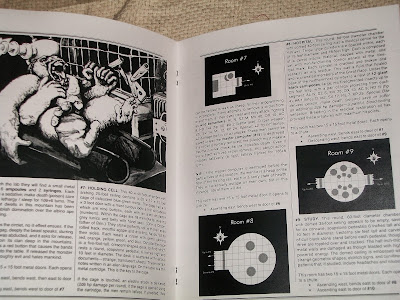 Certain encounters stick out in my mind and this is one of those adventures that if done right the players will be talking about it for years to come. 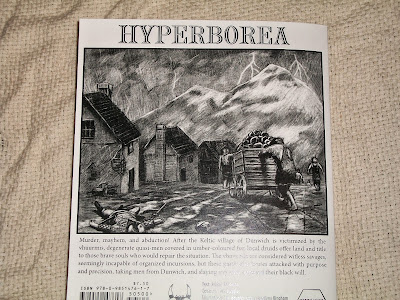 In the end have a few extra PC's already rolled up just in case anything unexpected happens!
And keep the players handbook for AS&SH handy just in case. 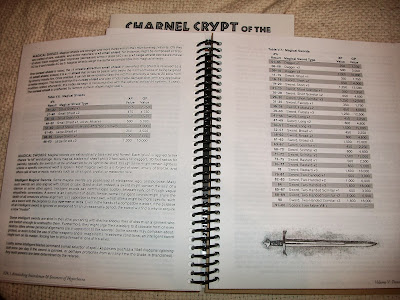