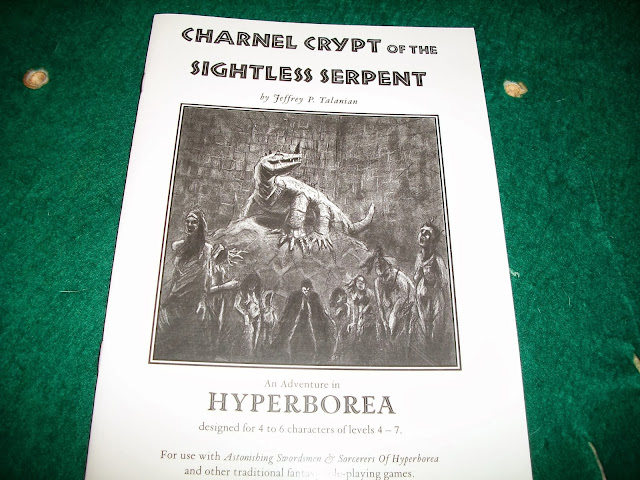 Get it right over
HERE
Years ago an old DM taught me that if you want to really get to know an rpg take a look at the adventures. They'll give you a good solid feel of where the author/designer was going and I'm happy to say I love where this one goes.
The adventure even though its retroclone generic drips with the Hyberborea mythos. It fairly swims in the slime of it! This little module could have been ripped right from the pages of 'Conan' comic from the 70's and then some! 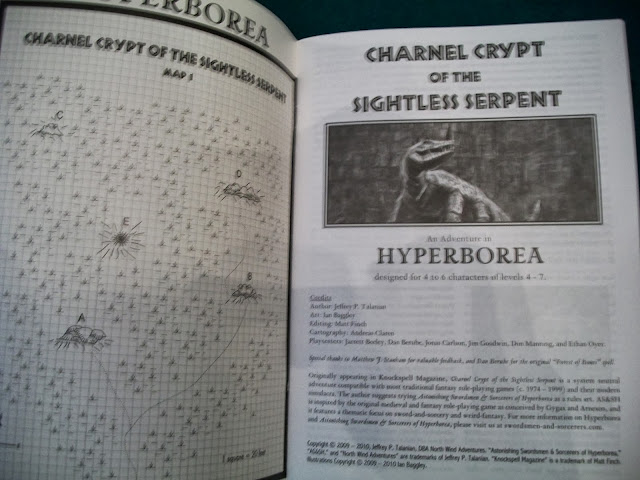 The basic plot according to Drivethrurpg goes like this :
A millennium has passed since the Green Death swept across Hyperborea. In that bygone age of pestilence, a noble family fled the City-State of Khromarium. Far beyond the walls of the city, they entombed themselves in order to elude the inescapable plague. Their necromancer placed them in a deep slumber from which they never wakened. Also he summoned a mythical serpent to guard the vault, a beast reputed to shed gems for tears from eyeless sockets. Tales speak of this beast as the Sightless Serpent. Now, a knave of Khromarium claims to have witnessed the legendary beast. For a pittance he will lead your party to its trail . . .


And here's where the horror begins. This adventure twists and turns its way through like the Sightless serpent itself and although its a short and compact mini campaign your PC's are in for Hell! Seriously this is a nasty dungeon crawl harkening back to the days of yore around the table with friends. 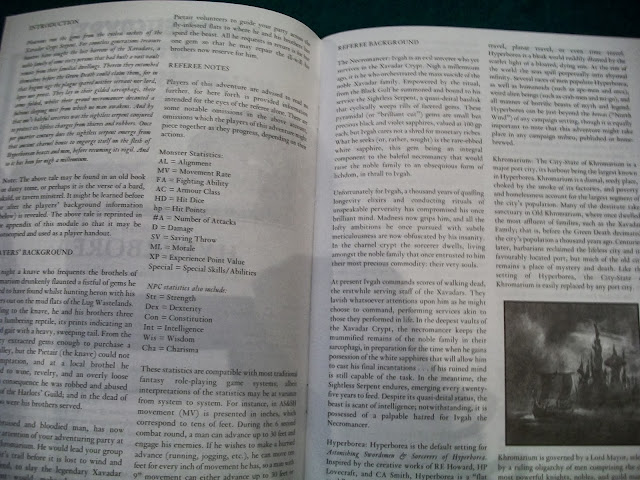 One of the things like really like about this adventure is even though its dripping with the atmosphere of the ASSH rpg, it can be used with 90% of the retroclones on the market. Believe me this is a selling point for me! The other thing is how the adventure layout and writing are done. This is a tight product and it reads well. This was a labor of love from the author and it shows through here in both the presentation and attention to detail. 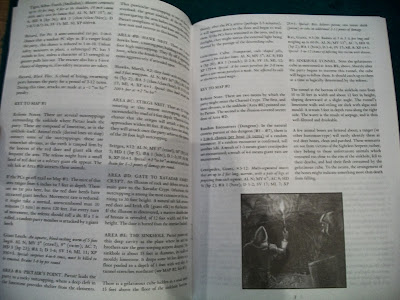 Selling at about 4.29 on Drivethru this is well built mini dungeon crawl into the belly of the author's vision of his game. There are enough twists and turns to keep the players wondering unless they own the adventure and then grab your DM book from ASSH and modify it with abandon! 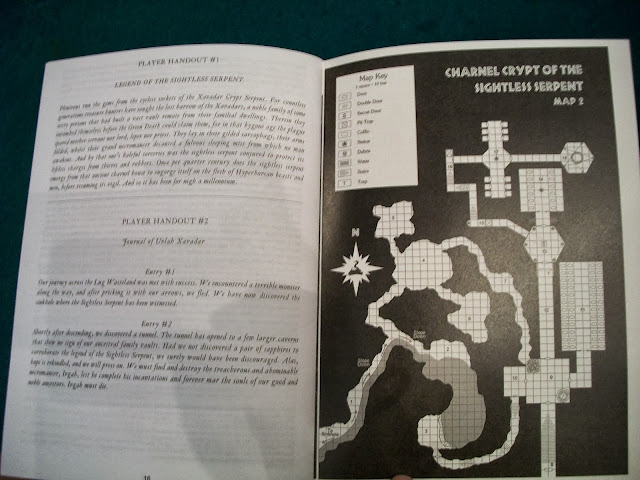 I liked the artwork and the presentation as well as how my players reacted speaking to them about it. So I can highly recommend this one to add to your collection. 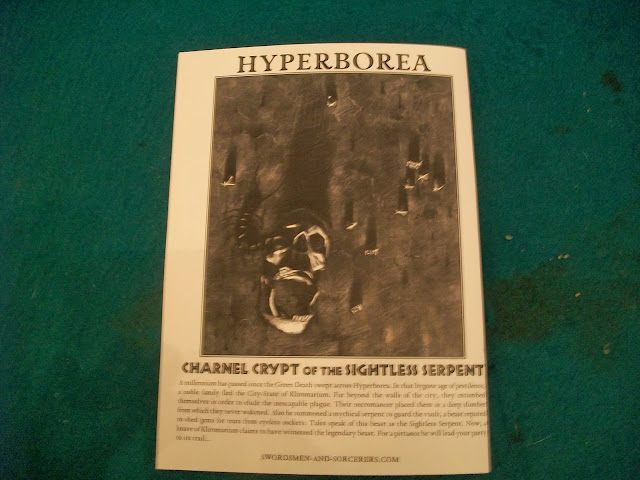 After reading this one I'm actually looking back on two classic adventures to work into my campaign. Isle of Dread and B2 this one evokes a certain air of nostaglia but an air to be adapted to the ASSH game!
You can also grab this one right over at Drivethrurpg
HERE
Posted by Needles at 10:51 AM