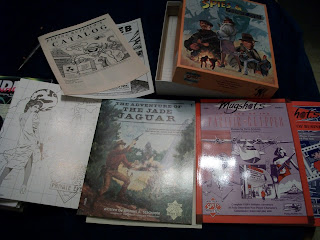 Before you is the mostly complete offerings of Mercenaries, Spies, & Private Eyes. The game is an old favorite of mine & was one of the conversion points for Top Secret. Why? Read on & find out as we dive back into the world of  Bond once again. 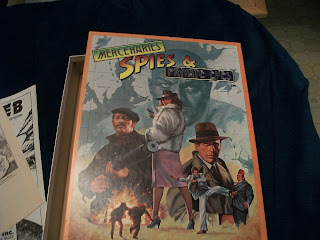 There are games that haven't had OSR revivals & retro clones of them. They're out there unplayed, unloved, & unappreciated. This is one of those!
The game is one of my go to sources for spy fy horror! With the Bond years so litterally ripe with opportunities for adventure why choose a game which uses a modern variation of the Tunnels & Trolls engine? 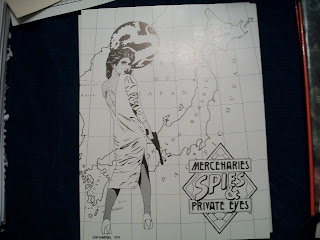 Who would choose to use this to illustrate the world of Bond with its villians, weird brotherhoods, & its border world War III rashes of international incidents?
The game is simple, fast, & much more robust then Top Secret & conversion between the two is easy. 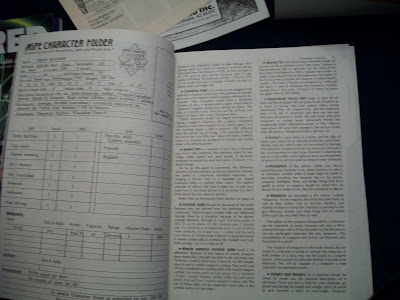 The character sheet fills out out, quickly easily & with no fuss what so ever. Given the nature of a horror survival spy game this is a good thing. 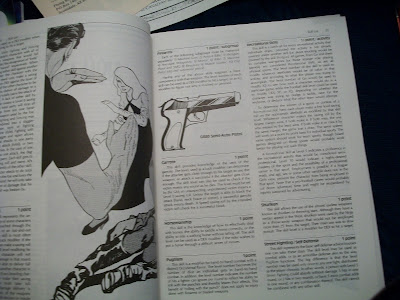 The skill list is extensive & the character design works on a cinematic level quite well. Its also one of the first games that really puts the ladies on a level playing field with their male counter parts. Yes there is some sexism in game design that is unintentional. Call of Cthulhu & OD&D both addressed this & took care of it. 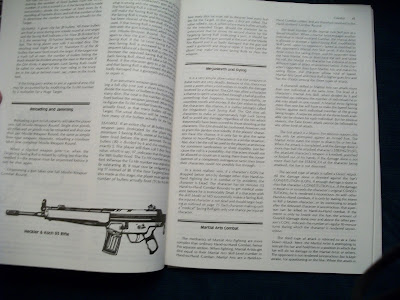 The weapons list is extensive to say the least at least for when the game came out. There's a bit of a Call of Cthlihu vibe that echoes through the game & its support. 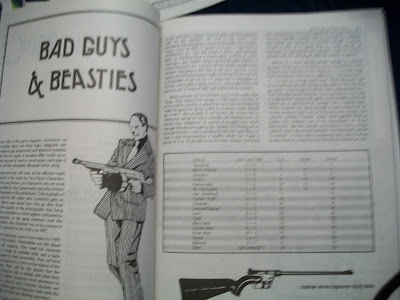 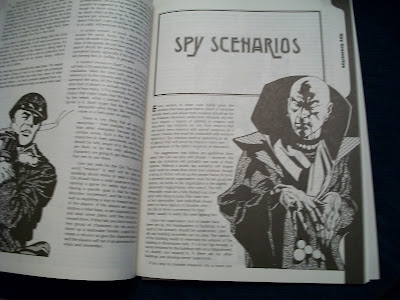 Time & again the world of Bond seems to be run behind the scenes & we are given glimpses in the movies behind the curtain. These are folks who sip wine while discussing the fate of nations & whose turn of a phrase decides futures of millions with a word.
Stack up the old pulp villains given new Bondian skins & this game easily takes you right into that world. Yet there has always been an uneasy darker world lurking just behind the windows of various sky scraper & within the halls of power. 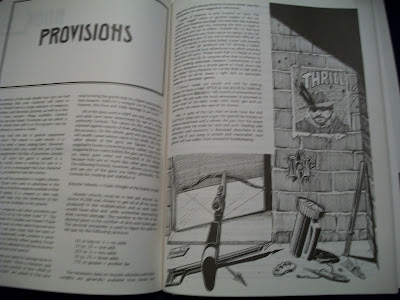 The only thing keeping an agent alive is a good solid weapon. Bond's Walter PPK & the various other items he uses throughout the Connery years have a weird military vibe to them. By design or error Bond is a creature of murder. Connery portrays him as a man on a mission. He prowls through the films murdering, dealing violence, & seeking the powers behind the scenes. Mercenaries, Spies, & Private Eyes does a good job of allowing the PCs play in the halls of power. There was a solid difference with game versus Top Secret. 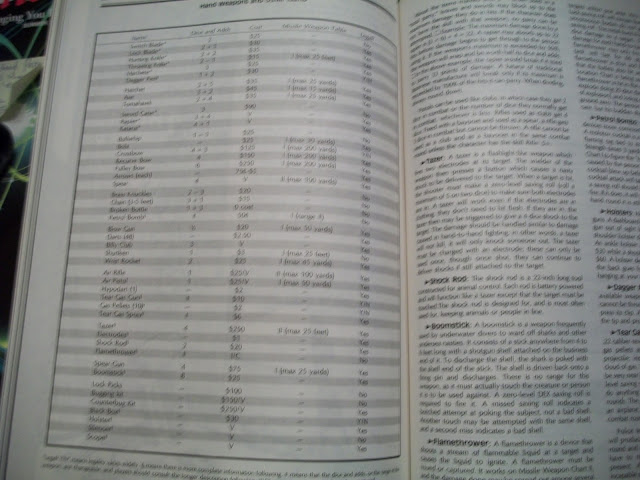 You could feel the pulp roots of the game right in front of you. The weapons list spoke volumes as to the game's intention. Lots & lots of pulp violence & power plays. 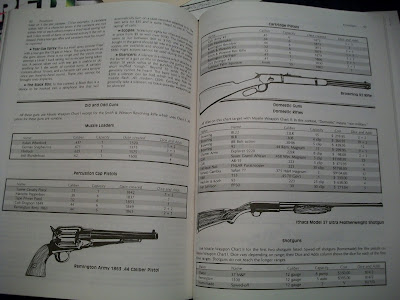 Everything from shot guns to six shooters were in there. The game even did a decent job dealing with sub machine guns. I remember a Dragon Magazine article giving the game high marks. 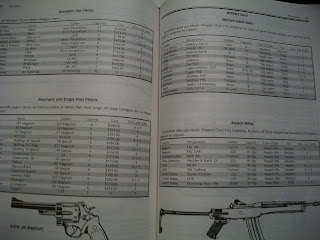 Remember that I mentioned Call of Cthulhu earlier. The veteran horror game that we all know & love. Well it easily & infact still easily converts to Mercenaries, Spies, & Private Eyes. 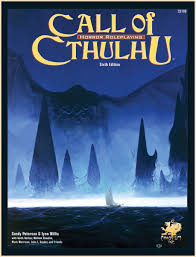 Well before we had a billion gun lists with the first edition of the game of CoC I was using the list from here for this game. The other game that was easily converted to another of veteran of  the Horror rpg  school. 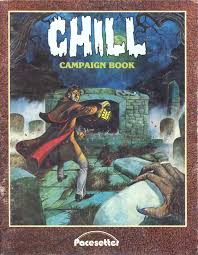 So what does this have to do with the world of James Bond?
Well the fact is that with monsters already within  the game Mercenaries, Spies, & Private Eyes was for quite a while my go to source of spy fy/horror mash ups.
There's one character who easily came to represent the perfect villain of pulp grandeur. Bond's Joker 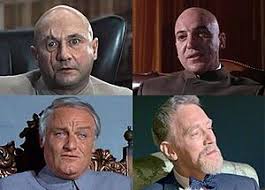 Ernst_Stavro_Blofeld is the perfect example of the myriad faces of evil that can come into a game. Who or what is Blofeld? He's become so iconic in my games that he's become a modern version of this fellow

Yet that's pushing it really. The Prisoner television show & the Bond movies had me wondering if there are so many versions of a villian running round. The human mind can be hacked to a degree couldn't this character still be operating today ala Dr. Doom fashion? Programming various people into become another arch criminial while the machine continues to run?

Of course it could. Because Ernst is still with us even today. You thought the Master from Dr.Who was a problem? Who knows who actually is running those various conspiracies that seems so in fashion today?
Part of the charm of Mercenaries was that it allowed a DM & continues to allow one to play across a variety of time periods. 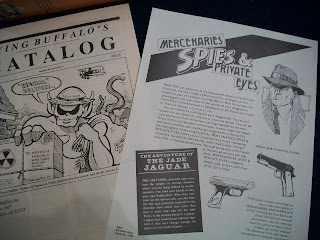 Because its based on the Tunnels & Trolls engine its easily convertible to any number of OSR products which a lot of folks don't know. 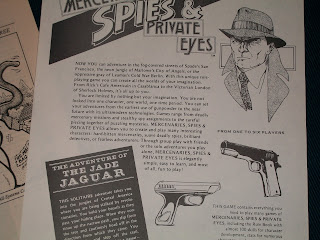 You might want to dust off those copies of the game & take a look back at them again.
The game is still available from the original publisher right Here
Coming up The James Bond Rpg, Uncle, & some of the stragglers as well