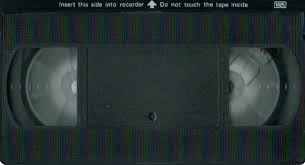 From the darkness of the night come the Kaiju across the landscape of the 'Supernaturalype'. Monsters of unparalleled destructive force capable of life changing horror. These aren't merely creatures but forces beyond Mother Nature  herself capable of changing the landscape of the realities of the various city states but they have always been with us.

Yet when they are defeated and brought low, only then do we realize the incredible potential for life saving remedies and incredible treasures borne of the Alchemist's art. These are not without risk to life, limb,and sanity even our very souls!

They have always been with us. Those monsters of incredible destructive potential borne of man's folly, dimensional passage, or worse from the depths of the blackest twisted religions that have come down with us from the dawn of time. The 'Supernaturalypse' is no exception.
There are hundreds of charlatans,  medicine men, and agents of alchemists who are always willing to distill the life changing organs and the so called, "Things in Glass" that can heal or twist the very souls of men. They move through the shadowy back alleys and temporary black markets as well as those nice,clean, efficient 'clinics' that set up in the nice part of town. They come with their steady voices, claiming charm and offers of cures. Most of all they offer hope and help.
The black market  pays between 200 to 700 gold pieces for the corpses of those Kaiju that adventures 'find.' No questions asked.  These black entrepreneurs have deep ties with many of the local Thieves Guilds, own the Alchemists guilds, and it is rumored have deep ties to the assassins guilds.
Many of the most 'common' potions that are listed in OD&D,Redbox, Blue Box, And The First Edition AD&D DM's Guide as well as most of the retroclones have a 60% chance of being simulated by the  Kaiju Remedies.


There is a 20% chance of mutation sometimes showing up 30 days after consumption of these 'cures' as well.


'The Men With The Aluminium Cases'
The Agents of the black market are the modern door to door sales men part actor, part alchemist, and 100% thieves of the highest order. Each one uses a 'magic' case capable of preserving the voilialite tissues of many of the most common monsters. They are thieves with high charisma who move across the shadowy world of the 'Supernaturalypse'. These bastards often mix with adventurers, clerics, and many others. These agents have been know to travel between planes trying to find the best 'scores' of Kaiju possible. There have been reports of them raising the monsters & the resulting destruction simply seen as another opportunity for harvesting.
Agents often have a third level 'trouble shooter' as bodyguard. These are often 3rd level fighters or better. They often have some alchemy or wizardry training in the identification of potential wares and items. Giant monsters have always been a apart of the D&D games going all the way back to OD&D. Recently games settings like 'Weird Adventures', Jack Shear's 'Gothic Earth', and many others have included Kaiju as part of the background. Mutant Future, Labyrinth  Lord, even Swords and Wizardry have them lurking in the background as well. Lamentations of the Flame Princess's Carcosa might even be one of the prime sources for the Kaiju. There is a 40% chance of encountering these agents in such settings.
These agents have also been known to create talent or variety shows to sell their wares. These shows sometimes feature demonstrations of products,monster lectures, and more. Often these shows have close tie ins with local entertainers as well as alchemists who are sometimes recruited for local operations.