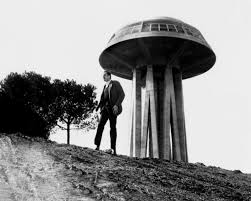 Recently I was asked by a friend whose a DM for a plot like for a post apocalyptic horror setting with vampires and or zombies.

What he was looking for was something that used the old tropes but without the cultural baggage of the Twilight movies. My thoughts went to this public domain movie!
The film is haunting and very odd with the bleak atmosphere that it creates. This isn't a world you'd want to visit let alone live in. 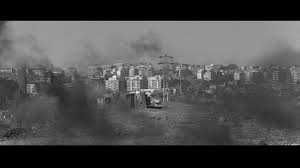 Based on Richard Matheson's I'm Legend. This film goes from bad to worse for Mr. Price's character.
Dr. Robert Morgan explores the city around him. The film was shot in Italy and the city is as much of a character in the film as he is. Its a silent tomb waiting to be explored and exploited by a party or is it the other way around.

Dr. Robert Morgan is at his wits end in this movie. He strolls through the film like a dead man himself simply going on and surviving as best he can. Price is the classic disheaveled scientist in the film. The character makes a great NPC.

There are lots of options for a horror campaign with this film. The city makes a great adventure unto itself but there are even more uses for it.

The Plot :
In the year 1968, every day is the same for Dr. Robert Morgan (Price): he wakes up, gathers his weapons and then goes hunting for vampires. Morgan lives in a world where everyone else has been infected by a plague that has turned them into undead, vampiric creatures that cannot stand sunlight, fear mirrors, and are repelled by garlic. They would kill Morgan if they could, but fortunately, they are weak and unintelligent. At night, Morgan locks himself inside his house; during the day, he kills as many vampires as he can, burning the bodies.
A flashback sequence explains that, three years before, Morgan's wife and daughter had succumbed to the plague, before it was widely known by the public that the dead would return to life. Instead of taking his wife to the same public burn pit used to dispose of his daughter's corpse, Morgan buried her without the knowledge of the authorities. When his wife returned to his home and attacked him, Morgan became aware of the need to kill the plague victims with a wooden stake. Morgan hypothesizes that he is immune to the bacteria because he was bitten by an infected vampire bat when he was stationed in Panama, which introduced a diluted form of the plague into his blood.
One day, a dog appears in the neighborhood. Desperate for companionship, Morgan chases after the dog but does not catch it. Some time later, the dog appears, wounded, at Morgan's doorstep. He takes the dog into his home and treats its wounds, looking forward to having company for the first time in three years. He quickly discovers, however, that it too has become infected with the plague. Morgan is later seen burying the dog, which he has impaled with a wooden stake.
While out on his daily rounds, Morgan spots a woman in the distance. The woman, Ruth, is terrified of Morgan at first sight, and runs from him. Morgan convinces her to return to his home, but is suspicious of her true nature. Ruth becomes ill when Morgan waves garlic in her face, but claims that she has a weak stomach.
Morgan's suspicion that Ruth is infected is confirmed when he discovers her attempting to inject herself with a combination of blood and vaccine that holds the disease at bay. Ruth initially draws a gun on Morgan, but surrenders it to him. Ruth then tells him that she is part of a group of people like her — infected but under treatment — and was sent to spy on Morgan. The vaccine allows the people to function normally with the drug in the bloodstream, but once it wears off, the infection takes over the body again. Ruth explains that her people are planning to rebuild society as they destroy the remaining vampires, and that many of the vampires Morgan killed were technically still alive.
While Ruth is asleep, Morgan transfuses his own blood into her. She is immediately cured, and Morgan sees hope that, together, they can cure the rest of her people. Moments later, however, Ruth's people attack. Morgan takes the gun and flees his home while the attackers kill the vampires gathered around Morgan's home.
Ruth's people spot Morgan and chase him. He exchanges gunfire with them, and picks up tear gas grenades from a police station armory along the way. While the tear gas delays his pursuers somewhat, Morgan is wounded by gunfire and retreats into a church. Despite Ruth's protests to let Morgan live, his pursuers finally impale him on the altar with a spear. With his dying breaths, Morgan denounces his pursuers as "freaks," and declares that he is the last true man on earth.

Here's the complete film for your edification. 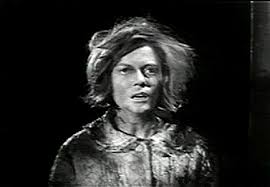 This film has it all. From the post apocalyptic angle to the zombie themes its all here. The film is really sort of depressing into itself but its a horror movie. Only now is it being recognized as a Vincent Price classic and the book Iam Legend by Richard Matheson is much darker and stronger. But I digress.
The world of The Last Man On Earth is a place where the undead have complete sway. The plague is bacterial in nature but the atmosphere is one of complete Gothic decay with a modern twist. This is world locked in time with very little hope of survival in the coming future unless.
The City that Vincent Price inhabits as I've mentioned is a character unto itself. This world is a concrete tomb waiting to be explored with treasures and terrors a plenty. There are hordes of undead plague victims waiting to feed on PCs. Treasures to be plundered across the world and beyond. All of the classic OD&D vampire and zombie tropes are there waiting to be exploited.
With games like Mutant Future and even Star Ships and Space Men Second edition the possibilities are endless. Mutant Future allows vampire mutant strains to emerge for a dog eat dog situation. Star Ships allows the DM to stage a quest for the journals and tapes of Dr. Morgan. Also to find out what happened to Roman style society that was emerging from the survivors.
What about the rest of the world? Could your current fantasy campaign have a very nasty undead beginning? Is the world of high fantasy one with a dark beginning? A little time travel adventure might shed some dark light on your PC's immunity to a certain strain of undeath.
There are other options as well that I've run with this movie as well. For a game like Dark Conspiracy the world of Last Man became a proto dimension where Dr.Morgan had become trapped in an alternative universe where the forces of undeath pulled the world into this sunset world hell. For Kult this world was a left over play thing that one of the death angels kept for himself. His very presence on Earth caused the events of the movie to happen.
What about those vampires? Are these the standard Monster Manual vampires? Umm no their not and nor should they be. These are monsters/victims whose humanity is time locked with the plague. I've used Orcus several times as the cause of various situations. The various cures work for a while but all blend together.  They will fail after 1d8 days and the state of undeath continues.
Now I've only covered the film and not the book or the comic books here. That's for another entry
Posted by Needles at 8:28 AM