Blood Of Dracula's Castle For Your Old School Horror Campaigns

This is one of those old cult horror movies that I have such fondness for. I watched this as part of a double bill back in Boston on the outskirts of China town along with so many other films from the 60s and beyond. This is a cult film with some real potential if used correctly. This is the type of film that obtains cult status because of its infamous association with Jayne Mansfield and her death. The film has a strange almost drawing room quality about it. 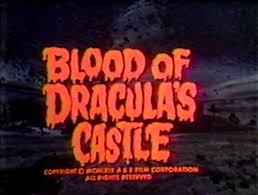 Count Dracula (Alexander D'Arcy) and his vampire wife (Paula Raymond), hiding behind the pseudonyms of Count and Countess Townsend, lure girls to their castle in the Arizona desert to be drained of blood by their butler George (John Carradine), who then mixes real bloody marys for the couple. Then the real owners of the castle show up, along with Johnny, who is a serial killer or a werewolf depending on which version you watch. The owners refuse to sell, so Dracula wants to force them to sell. In a final confrontation, the vampires are forced to stand in the sunlight and dissolve. 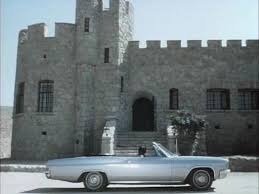 The role of Countess Townsend was originally intended for Jayne Mansfield, but she died in a car accident before shooting began. A sequel, to be called Dracula's Coffin, was planned but never materialized.
Ostensibly located in Arizona, the film was actually shot at Shea's Castle, near Lancaster, California. Other portions of the film were shot in the Coachella Valley, California

The film doesn't  really settle around the "victims" at all. Instead we're really focused on  Count and Countess Townsend. Who may or may not really be Dracula and a bride at all. We're not sure until the end.
The Townsends are  the most urban couple of vampires a party is likely to meet. They're pretty open about their vampirism and pragmatic about the young ladies that they are going to drain. The blood of the youth keeps them young. That's the secret.

The Johnny character is an escaped psychopatic killer and might be a werewolf. He's got some serious issues with the moon and its effects on him. Those effects aren't shown butt the implication is that Johnny has escaped from the asylum multiple times. And acts as assassin and strong arm to the Count and his bride. During one recent adventure I had the PCs break Johnny out of an Arizonia facility. Only later they learned of his true nature. Johnny may or may not have survived being shot in the end of the movie if the werewolf option is taken. Johnny is a very urbane were wolf or psychopathic killer. Sort of out going and friendly in a creepy stalker kinda way. 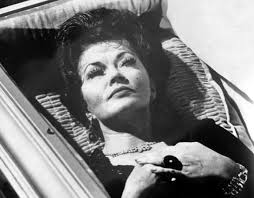 The countess is actually one of the more interesting of the Townsends in my option. She's very aggresive in her blood letting of the young ladies in the basement. She looks more old Hollywood then old world. Perhaps a silent film star whose taken the count up on an offer of immortality. She's got a blank slate for her history. 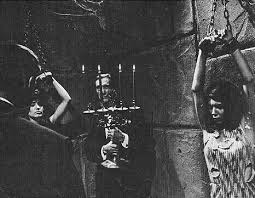 The butler is a very cool customer and a discipline of Luna. I'd go so far as to say that he's a fifth level anti cleric or cleric of a chaotic aspect of the goddess Luna. Some of his history is revealed in a conversation with Johnny. He serves the Townsends and drains the life blood of the young ladies in the basement. He seems to view his service as a part of his calling. The butler has a weird Nightbreed vibe going on with him.  He might actually be a lost member of the "Tribes Of The Moon" The fact is that all of them might be. I've used him a few times as an immortal servant that has served with a number of shady quesi masters over the centuries. He could well be a font of information. Did he actually die at the end of the movie? 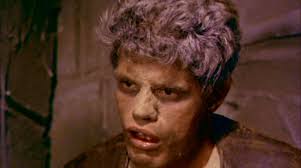 Mongo is the grounds keeper and seems more zombie then hunch back. He's twisted in the head and the body. This guy has seen some action over the centuries and might be able to take quite a bit of punishment. I gave him the regeneration abilities of a troll. He's nothing but a dead man that can't be stopped. 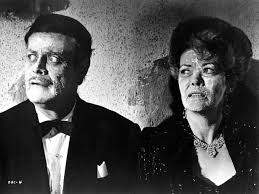 Who are the Townsends? They could be a pair of Dracula soul clones that have escaped the notice of monster hunters for centuries. The family might be a clan of Nightbreed. They are in fact a very nasty little home grown cult of Luna. They're pleasant enough as long as a party doesn't let down their guard.

I've used them as a mobile group of wandering patrons for PCs that keep the characters guessing. The move around from area to area over the centuries. They make a perfect low level encounter for a group of monster hunters.

What about the victims who inherit the castle? One does not have a brush with the supernatural and not come away untouched? Could their be an infection or problem that crops up in the future of these folks?

Blood of Dracula's Castle left more questions in my mind then answers. How did such a diverse group of monsters function as a family unit and remain undetected. What happened to Johnny later on when the moon came up. Were the Townsends really destroyed?

For me the real star of the movie was Shea Castle! This is a very lovely location right in the middle of the California countryside.  The location boasts a private runway, incredible trails and all of the best of the best for a group of monsters or PCs.

When I first saw Blood of Dracula I thought it might have been the Italian country side or a matt painting. The place has an extensive history and is perfect for a game like Dark Conspiracy.  The monsters in the wilds of Arizonia or California are perfect for DC. A wild and woolly encounter just waiting to happen.

Shea has some incredible trails that surround it making it a perfect place for PCs to be hunted through. 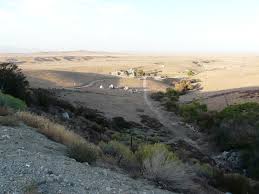 According to Wiki here's a brief history of the place.

Shea’s Castle, also known as Sky Castle and Castle Ranch, is a castle built in 1924 by the developer Richard Peter Shea. Shea, a New Yorker, moved to the dry climate of Southern California in hopes of improving the health of his wife, Ellen. Shea made his fortune developing Hancock Park in Los Angeles. He spent two years building the castle on about 1,500 acres (6 km²) of land in the Antelope Valley, just west of Lancaster and just south of the Antelope Valley California Poppy Reserve. The cost of building the castle (at the time) was $175,000.
The Stock Market Crash of 1929 bankrupted Shea. The bank took over the castle and Shea died penniless.
A variety of owners and renters have occupied the castle since. Roy Rogers trained his horse Trigger there. A non-profit flying group added a runway, dam and lake there. The millionaire playboy Tommy Stewart Leepurchased the house in 1948.
The castle has seen its share of development plans as well, but to this day it remains pretty much unchanged. There are petroglyphs on the property, as well as natural springs and an FAA approved landing strip. It has been a location for 1967's Blood of Dracula's Castleand TV shows such as Air Wolf, Bat Masterson, Buffy the Vampire Slayer, Harry O, The Rat Patrol, and Starsky & Hutch.
It is currently a private residence.

For me Shea was one of the real stars of the movie. Could there be more rooms under the castle that the Townsends have added over the centuries since they moved in? Quite possibly. The place has gotten quite the work out in both Kult as the local cult of Luna's headquarters and as the residence for a California group of monster hunters. The place as also served as the location for a low level one shot adventure for a group of post apocalyptic adventurers years back
Here are a couple of links for this great location
Shea_Castle
castle_of_dreams.htm
Posted by Needles at 9:53 AM