The madness and monstrosity lay in the figures in the foreground—for Pickman’s morbid art was preëminently one of daemoniac portraiture. These figures were seldom completely human, but often approached humanity in varying degree.
Pickman's Model H.P. Lovecraft 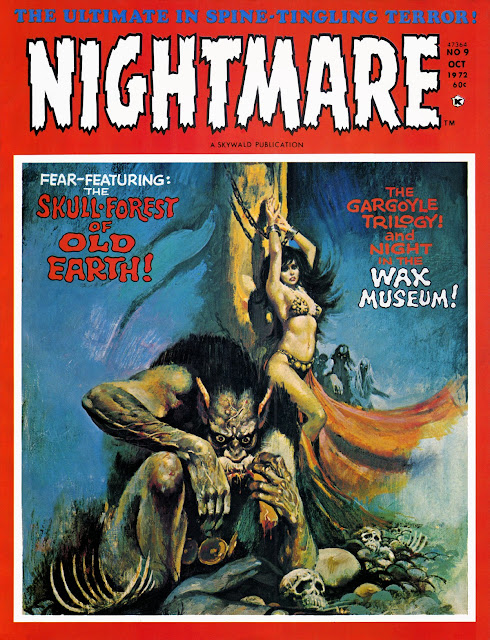 The Children of Tekeli are ape like cannibalistic humanoids prone to destruction,rapine,destruction, and incredible acts of horror and they have secretly been with us since the very beginning of our evolution upon this Earth. Ages ago they were called the Shaggoths, named after the protoplasmic horrors who served the Elder Things in ages past. They call themselves 'The children of Tekeli' and were created by the Elder Things in one of the long forgotten cycles of Earth's ages past. The children served the Elder Things during the Age of Mammals when their masters were in sharp decline, they destroyed the last Atlantian colonists  that had come back from their colonies on Uranus. They added their magick power, their gene pool, and forbidden technologies to their own damned heritage. This act occurred near the Black Forrest of Germany and even today is remembered through the collective unconsciousness of humanity.
The Children of Tekeli carved out a massive empire through the under Earth touching upon all corners of the world that we know. These mad beast like thing's rise to power was chronicled in the so called Grey Necronomicon chapters  penned by Abdul Al Hazard.
The Children of Tekeli are cannibalistic, brutal, dangerous, completely amoral and capable of the most heinous acts imaginable. They are the inheritors of both Uranian forbidden technologies and the foul alien sorcery of the Great Old Ones from the ancient days of Lemuria and Atlantis. Their vast underground former empire honey combs throughout the world of man. They are completely distinct from Lovecraftian ghouls and the Morlocks of H.G. Wells, though they share many characteristics with both species and are distantly related. The Children have vast underground empires beneath the Earth and they are both long lived as well as partially undead in nature. The number between thirty to fifty million and use humanity as both a stable food source and a secondary gene pool. They have vast underworld complexes and hidden lairs behind our own world's facade, it is known that they employ undead minions to record daily activities and strange details of our own world. The tribes of the child have contacts and cults throughout the world and employ thousands of dedicated minions who often help them kidnap modern men and keep vast slavery rings. These activities stretch back thousands of years into the remotest epochs of the past.

The Children of Tekeli 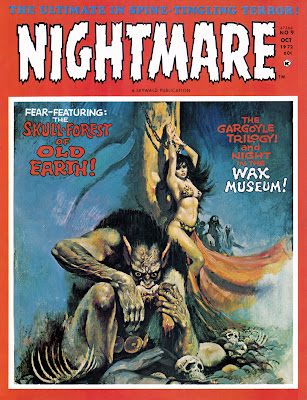 The Children of Tekeli attack humans and have a very heavy appetite for human flesh, they have supernaturally keen senses of hearing, smell, and keenly developed infrared sight for their nearly light less environment. They are only surprised on a roll of one. If the child strikes with both claws it does an additional 1-8 hit points of rending damage.
For every 1d30 children there will be a wizard or priest of at least third level or higher. These black hearted and evil damned souls choose spells from the Gray magic schools and the black lists of spells. These monsters are subject to all forms of attack but are immune to sleep and charm spells. The children may be turned by priests and other religious types. Circles of protection will keep these horrors at bay.

Many cults across the history of mankind have had dealings with the Children of Tekeli and the monsters could be encountered anywhere. In the past the race has had several incidents of activity in the Black Forrest of Germany during the 'Thirty Year War' and have had connections to many of the witch cults of the area.
The Children also have incredibly complex Earthworks in the New Amsterdam colony in the New World and have have several under Earth tribal warfare incidents with Drow, Elves, and Ghouls in the New England area as well. Several skirmishes with other legendary New England monsters has also happened. These affairs have become a part of occult myth and legend.

The Children of Tekeli make extensive use of the schools of necromancy, summoning, and many other of the blackest arts of magick and dark occult power.
Rods of summoning often will have the 'contact other plane' spell bound into them. Wizards who have gotten a hold of these items have often found them to be very dangerous indeed. Demons, devils and insane things from Outside our mundane world are often summoned. Usually such items have eight or more charges roll a 1d8 to see how many charges remain.

The Children of Tekeli have extensive tunnels systems that blanket the Earth and have access to several technologies of the Great Race of Yith as well. This includes devices for traveling to alternative dimensions and different planes of existence. There are several Prime material planes where the Children of Tekeli have come to rule the world as their numbers have grown to invasion force size and they have swarmed across the planet. These individuals often use unusual energy weapons that do 3d6 points of damage with a range of some 30 feet, they can be used one handed and have about 8 shots before needing the energy cells replaced.
The Children of Tekeli have extensive colonies surrounding several Antarctica islands hidden within satellite blind spots up to the present day. These colonies were active through the early Seventies and may have served as a landing point for the alien allies of the Child. There is speculation that these alien allies may be servants of the soul of the Outer Gods Nyarlathotep and have aided the various tribes of the Children for more then four thousand years. There have been reports of a hybrid servant race which passes among mankind unseen. These individuals gain +3 to intelligence -1 on wisdom, and have an almost animal like cunning, they often serve as assassins,scouts or spies for the Children. These hybrid spies may be found anywhere across the face of Creation and report back to their masters from time to time as needed.
The Children it is known also operate in several alternative worlds including far into the future after several post apocalyptic events. There is even evidence to suggest that these horrors operate far into the future when Earth's sun has expanded and has turned into a red dying star. But there is rumor that this is only mere speculation.
Several orders of knights and crusaders have made it their life's work to eradicate the Children of Tekeki but so far their efforts have been all for naught.