Friday night mean gaming and I'm thinking back to the 90's when I lived in Boston and worked during the week and had a part time job on the weekend working in a video store. The store was in some back alley. It was a place with neon signage in the front and porn in the back with lots of seedy customers. It also had the very best horror/sci fi section in the entire city. My girlfriend hated it and so I was in heaven.
I saw a metric ton of movies from best to the crap. I worked from Saturday evening to the wee hours of Sunday.
It was a crap job but I didn't care and besides I got to read White Dwarf,Dragon, Challenge, or whatever magazine was handy. It was Torg that really was my drug of choose back then. But Torg never lived up to its promise. Cross dimensional adventurers going at it balls to the walls against inter dimensional invader warlords and their minions.
I'm thinking about this post on Tales of the Grotesque and Dungeonesque about DIY Torg again. You can read this marvelous post right over Here
Again for those of you not familiar with Torg; here's a brief overview of Torg according to wiki:"Torg is set in a near future setting, known officially as "the near now." At the games's starting point this world has been subjected for several months to a year, to a pan dimensional invasion by a series of "High Lords" who have changed the natural laws of large swaths of Earth to reflect those of their home dimensions. The players assume the role of "Storm Knights", people from Earth and the various invading realms, who possess limited reality altering abilities, and who oppose the plans of the High Lords."

The idea here is that the world is invaded by various realms each controlled by a Highlord.  First this is going to be a grind house version of Torg. In other words "B" movie versions of the standard rpg trope worlds. The worlds have changed slightly.
Since this is a thought exercise the PC's have advance a couple of levels. They're ready for a bigger challenge. A city that has been over run by hordes of radioactive undead from beyond the grave.

I'm not going to pretend that this is a great movie. Its a crap fest but it makes a great location to loot and lots of undead slaughter.
So this is your standard zombie flick with nothing new. Not quite. 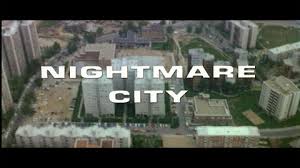 Warning! Trailer contains gore and boobies. Not Safe For Work.

The plot according to Wiki:
The American television news reporter Dean Miller (Hugo Stiglitz) waits at an unnamed European airport for the arrival of a scientist that he is about to interview regarding a recent nuclear accident. An unmarked military plane makes an emergency landing. The plane doors open and dozens of zombies burst out and begin stabbing and shooting the military personnel outside. Miller tries to let the people know of this event, but General Murchison of Civil Defense (Mel Ferrer) will not allow it. Miller tries to find his wife Anna who works at a hospital as the zombies begin to overrun the city.
Miller and his wife escape to an abandoned amusement park that is also overrun with zombies. The two climb to the top of a roller coaster and are about to be rescued by a military helicopter. Miller then wakes up revealing the whole situation to be a dream. Miller also learns that today he is about to meet a scientist at the airport. When he arrives a military plane makes an emergency landing.

Using  City Of The Walking Dead aka Nightmare City

The movie is a real downer as the break down of civilization is shown in all its low budget zombie glory. Alright so its a real downer unless your sending in a competent team of PCs. One of the things I used to love was how Torg had adventurers going after relics, antiques  artifacts.

There's almost no reason that this same formula couldn't be used again. There are museums  antique shops,stories, banks, etc. All waiting for group of players to teleport in and begin raiding and kicking butt. 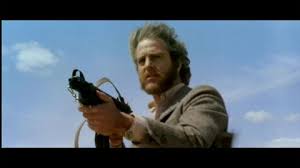 There are some exceptions to the usual zombie rules with this one as well. The zombies are fast moving, semi intelligent, they use weapons mostly blades. Knives, tools, etc. for the most blood and gore. They have the regeneration abilities of trolls in OD&D.
They are fast,deadly, hungry, and mutated.
Each time they see blood there is a 60% chance of the monster dropping everything and chowing down on the nearest corpse. 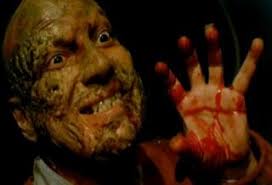 Here are some reasons to use "City of the Undead"

Apparently there's been a "take down" order of this movie. You can find it in the bargain basement dollar sections of drug stores, pawn shops, etc.
CITY OF THE WALKING DEAD is a stone cold hoot that every zombie-film enthusiast needs to see at least once and makes an excellent mid level adventure location for a Grind House Torg game.