So I'm going to start this post by saying that I don't think that White Wolf games farts unicorns or burbs out clouds of cotton candy. Neither is this going to be a rant about how awful they are & the whole company has slid into the 11 ring of Hell.
I have history with White Wolf dating all the way back to when the company was the fountain head for Ars Magica & that whole lot leading up to Lion Rampart's involvement with the creation of that game. There's a Connecticut connection there as well. My real involvement with White Wolf as a company started with me discovering  Vampire in a place called Ice House Hobbies down in Danbury,Ct.
I bought the Vampire books & dug the game but when Werewolf hit back in 1992 it was love at first sight. Since the game's debut I've run it in various incarnations again & again & again. Confession time. I've never taken this game seriously at all. The no holds bared balls to the walls attitude is exactly how I've run it.
So now this edition is coming out via Kickstarter with the following tagline :
Werewolf: The Apocalypse – 20th Anniversary Edition brings the entire World of Darkness experience full circle and will serve as the perfect anniversary milestone to celebrate two decades of gaming the epic sagas of the Garou
What's in it? 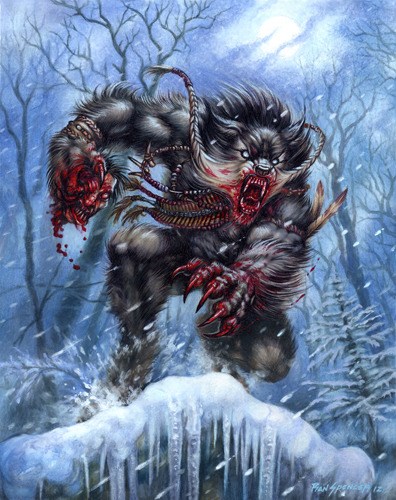 I love the idea of this Kickstarter but the bottom line for me is really the bottom line. I can't afford the $120.00 entry level for a physical book. I've still got a shelf full of books from Werewolf in great condition. So I'm by passing this one folks but for those of you who love the game to extent that you bought the Grand Klaive & some of the other limited editions, go for it!
You can find more information right here Here
By the way this kickstarter has been up a some total of 4 days today & she's up to $107,914.. 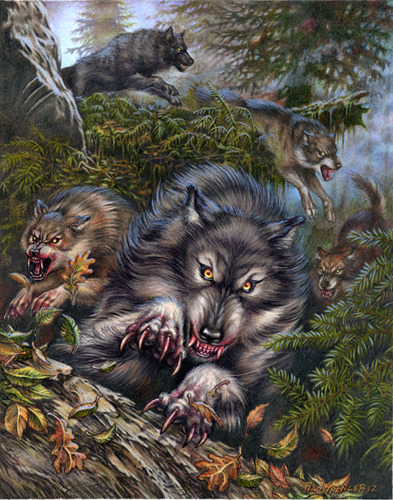 At some point I'll pop out my old rule books & run a game with my players but not with this edition. I might grab the WTA pdf. But not for a while I've got OSR gaming to get back to.
For more information on the entire overview of the World of Darkness Classic & New World of Darkness go over Here
Posted by Needles at 10:09 AM