"The new Sorcerer Class for Labyrinth Lord includes the following:Class Details, including Spellcasting, Sorcerous Origin, and Evoke Magic;
The following Sorcerous Origins, each with their own special abilities:
Angel-Blood
Demon-Blood
Djinn-Blood
Dragon-Blood
Efreet-Blood
Fairy-Blood
Vampire-Blood
New spells for the Dragon-Blood and Vampire-Blood sorcerers, adapted from spells included in the Dragonborn Race and Necromancer Class booklets."  The Sorcerer PC  Class is one of those classes you don't think your gonna need as a player or DM but then it hits you. This is a perfect class for an OSR  horror game or even a science fantasy campaign. 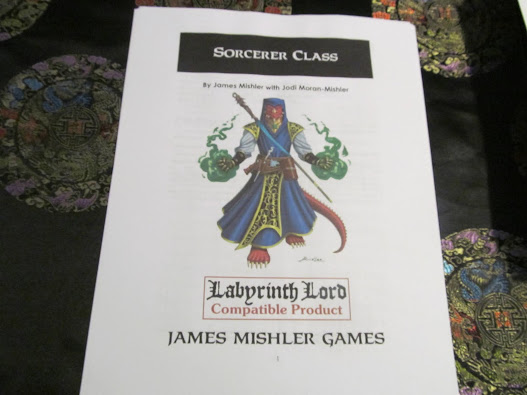 Here the Mishler's do an excellent job of boiling down the PC  sorcerer into its OSR roots & this is both its charm. And its dangers; "Sorcerers are humans who possess innate magical spell-casting powers due to ancient, inhuman family bloodlines, such as through having an angel, demon, dragon, fairy, genie, vampire, or other magically-powerful creature in their family line." Why do I say dangers?! Because sorcerers have powerful supernatural or occult  parents. Parent can be very protective of their children. 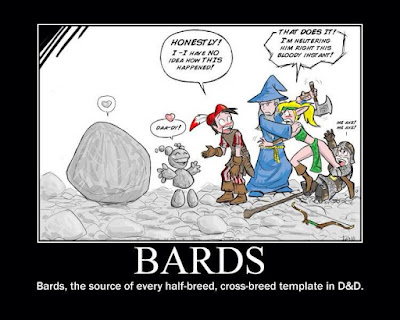 Mishler's sorcerers go to twentieth level & leave lots of room for the players & DM's to have fun with the class in OSR games. The class has plenty of opportunities to take full advantage of the magic infused nature of the class; "SPELLCASTING: Sorcerers possess the ability to cast magic-user spells, but in a very different way than magic-users gain and cast spells. A sorcerer does not learn spells, scribe them in spell books, and then memorize the spells desired. Instead, a sorcerer innately knows a number of spells equal to her level plus her Charisma bonus. She then use her spell slots to cast the spells she knows in any combination desired, within her combination of known spells and available spell casting slots. For example, at 1st level Tiana the Sorceress (CHA 16, +2) knows three 1st level spells (plus one from her Sorcerous Origin), which she can cast in any combination of two spells per day using her two 1st-level spell-casting slots. At each level, when a sorcerer gains a new spell, she may choose a spell of a spell level that she can cast (including any newly-gained spell level from that character level) from the magic-user spell list. For example, Tiana the Sorceress advances from 3rd to 4th level; she may choose one new spell of 1st or 2 nd level, as she can now cast 2nd level spells." 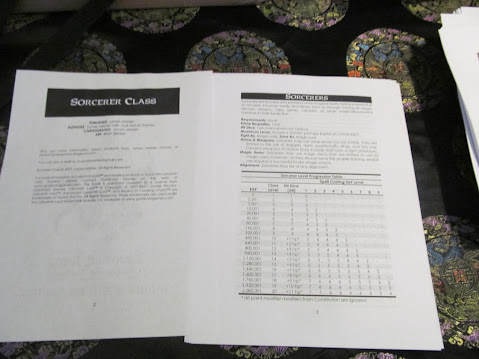 The very nature of the sorcerer's magic makes it even more dangerous; "EVOKE MAGIC: Sorcerers do not have any proper training in the use of magic items that are normally limited to use by magic-users, however, their natural affinity with magic allows them to try to use such items that require activation. In order to do so, they must make a saving throw versus Wands (if using a wand) or Spells or Spell-Like Devices (if using any other item other than scrolls) each time they wish to use an item that requires active use. No roll is needed to use passive items that work without activation. To cast a scroll, the sorcerer must make a Charisma-based Spell Learning Probability Check (Intelligence Table II), with a penalty of 5% per level of the spell; even sorcerers who cannot read can try to use scrolls, as they can feel the magic in the scroll and simply evoke it out of the magical writing. However, there is danger in trying to evoke magic out of a magic item or scroll. If the saving throw fails with a Natural 1, or if the sorcerer rolls 96-00 when trying to use a scroll, Something Bad happens, the nature of which is at the whim of the Labyrinth Lord." I can think of at least ten or so uses for this class as the basis for an NPC villain or mid level hench villain with an occult parent whose a complete & utter bastard. 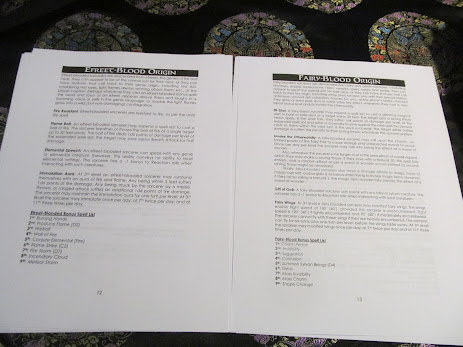 Mishler shifts from the various Angel-Blood, Demon-Blood, Djinn-Blood, Dragon-Blood,  Efreet-Blood
Fairy-Blood, &  Vampire-Blood. There ar new spells, advantages, explainations, class advances, & all of this fits into about twenty pages. Not bad for a compact little class with tons of D&D potential to say the least. The two stand outs for my money are the Dragon Blood & the Vampire Blood who have some real potential as possible NPC  royals or henchmen for thier parents. Taking the material has been ported over into these sorcerers with spells like this; "Dragon Claw & Fang Level: 1 st level Dragon-Blood Sorcerer Duration: 1 turn per level Range: Self The sorcerer transforms her hands into dragon claws sharp as daggers, and her head into that of a dragon, complete with sharp fangs. The sorcerer may attack each round with a claw/claw/bite routine, dealing the following damage: 1st to 3 rd level 1d4/1d4/2d4, 4th to 6th level 1d4+1/1d4+1/2d6, 7th to 9th level 1d6/1d6/2d8, 10th to 12th level 1d6+1/1d6+1/2d10, 13th to 15th level 1d8/1d8/3d8, and 16th level and above 2d4/2d4/3d10. Attacks made with the claw and bite attacks are rolled on the Monster Attack Table rather than on the Magic-user Attack Table. The sorcerer can cast spells normally while her hands are claws, but other more detailed work might be troublesome."
All in all you get the essence of the sorcerer with all of the backwash of the classes origin. In no way are the Mishler's work being desparaged here. This is a great PC class with some solid bones to it! 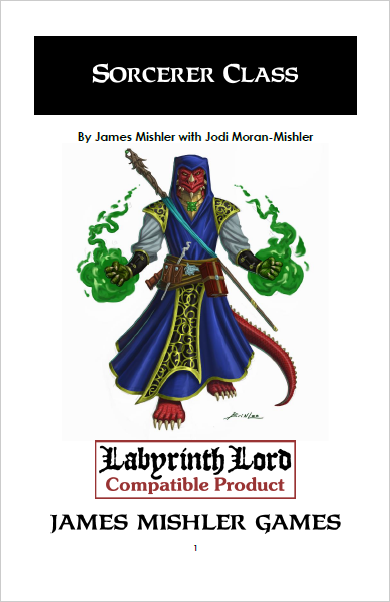 So where can the Sorcerer class be used in old school or OSR games or settings?! The obvious answer is within Adventurer, Conqueror, King's  Barbarian Conquerors of Kanahu. Half  dragons check & Science Fantasy check along with Sword & Sorcery. This is a perfect class to slide in the ACK's backdoor. Then there's Castles & Crusades which this class fits right into epecially given the number of elemental or potential god like cosmic powers we've got lurking in the background of Castles & Crusades. Yes I'm talking about the Adventurer's Backpack book here as the basis for a sorcerer to work along side the classes introduced within that book. 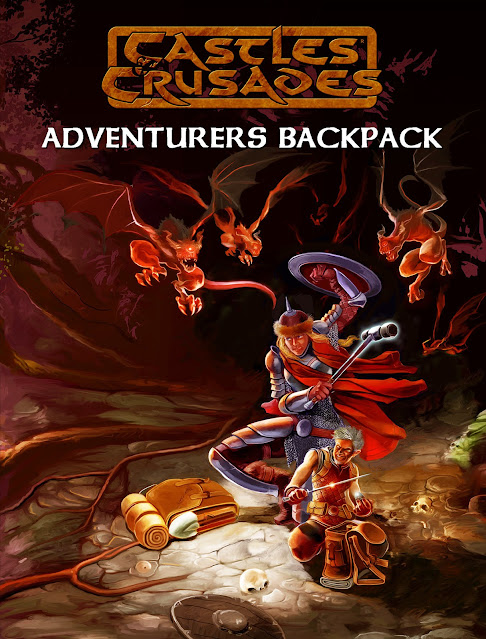 Could the sorcerer class be used with say Lamentations of the Flame Princess!? Yes but it would require a bit of adjustment or would it?! Say using the basics of the sorcerer with some of the spells from Lamentations might be fun.. The sorcerer could be a very dangerous & unknown quatity as an NPC or as a PC. Sorcerer Class for  Labyrinth Lord is well done & serves its niche within old school or even OSR games quite nicely. A very useful class in my humble opinion.
The Sorcerer Class for  Labyrinth Lord is
Available Right Here.
Posted by Needles at 9:56 AM